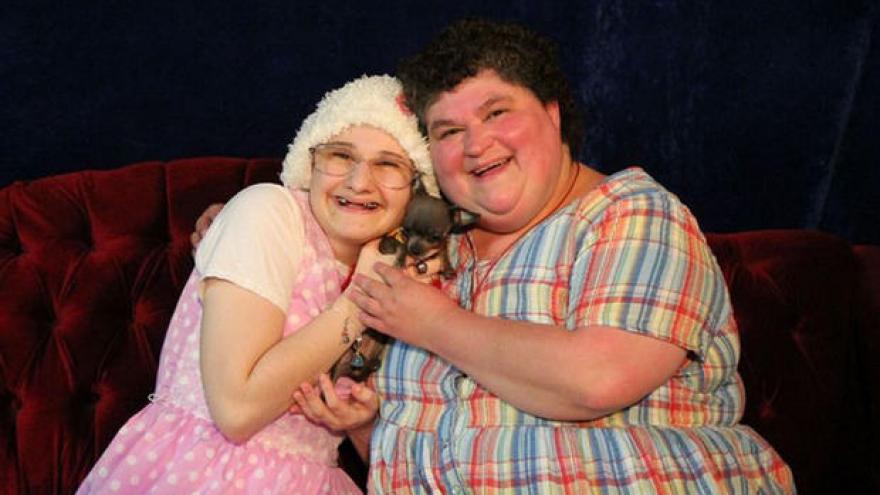 SPRINGFIELD, Mo. (AP) — Defense attorneys for a Wisconsin man on trial in the 2015 death of his online girlfriend's mother don't deny that he killed the Missouri woman.

Instead, they have argued at his trial this week in southwest Missouri that Nicholas Godejohn was manipulated to commit the crime by Clauddine "Dee Dee" Blanchard's daughter, Gypsy Blanchard, who they say was trying to get away from a mother who forced her for years to undergo unnecessary medical tests and to use a wheelchair even though she could walk. They also have said that the 29-year-old man from Big Bend, Wisconsin, is autistic and did not have the mental capabilities required for premeditation.

But prosecutors have argued that Godejohn plotted for more than a year before he stabbed the 48-year-old woman in June 2015 at her home near Springfield. They have presented testimony from several investigators and read hundreds of text messages between Godejohn and Gypsy Blanchard, The Springfield News-Leader reported .

Greene County jurors are being asked to decide whether Godejohn committed first-degree murder or a lesser crime in the trial that began Tuesday. First-degree murder in Missouri carries a sentence of life in prison without the possibility of parole.

It's the latest twist in a bizarre case that was the subject of the 2017 HBO documentary "Mommy Dead and Dearest." Gypsy Blanchard, now 27, is already serving a 10-year prison sentence for second-degree murder in her mom's death.

Gypsy Blanchard met Godejohn in 2012 on a Christian dating website. Friends and attorneys say Clauddine Blanchard had essentially kept her daughter prisoner in their home, which was provided by Habitat for Humanity. Gypsy had had little formal schooling, according to investigators, and friends believed she was severely ill and developmentally delayed. But after her arrest, police found her to be healthy.

In text messages presented at Godejohn's trial, he and Gypsy generally discussed love, sex and planning a life together — until June 2015, when they began discussing needing duct tape and knives in the days before Clauddine Blanchard was killed. Godejohn and Gypsy often referred to each other's darker impulses, with Godejohn's discussing his "evil side" that he said "enjoys killing." Gypsy's darker side was called "Ruby" in the texts.

Clauddine Blanchard's body was found after her friends noticed a post on her Facebook page stating, "That (expletive) is dead."

Prosecutors also played a tape of an interview with Godejohn conducted after he and Gypsy Blanchard were arrested at his home in Wisconsin. In the interview, Godejohn said he killed Clauddine Blanchard because Gypsy "asked me to."

"She felt it was her only way to be with me," he said.