Man killed after an alleged argument and attack on an off-duty officer in Costco was nonverbal, cousin says 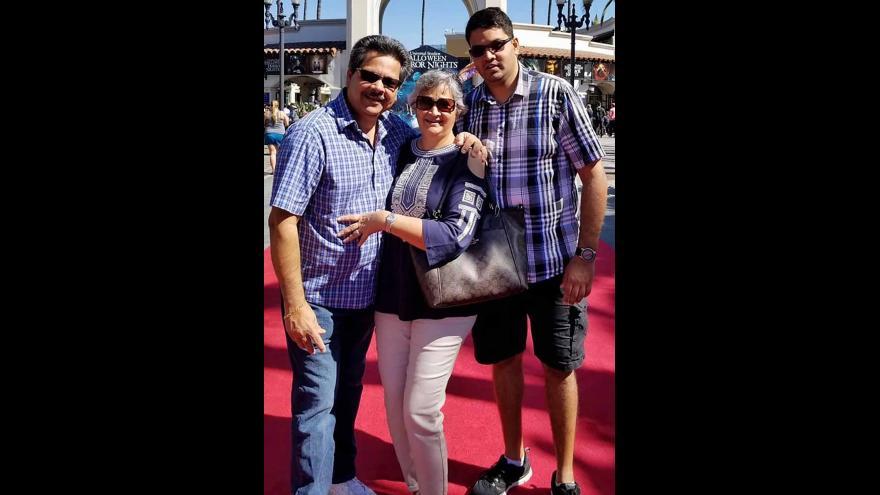 (CNN) -- The cousin of a man shot and killed by an off-duty police officer in a California Costco says his relative was nonverbal and couldn't have started the argument that allegedly led to the shooting, according to a report by the Los Angeles Times.

Police said the victim, identified by the Corona Police Department as 32-year-old Kenneth French of Riverside, assaulted an off-duty Los Angeles Police Department officer in an unprovoked attack before the shooting.

The officer, who was reportedly holding a young child while shopping with his family when French allegedly attacked him, shot and killed French and also shot two members of French's family, police said.

Corona police Lt. Jeff Edwards told reporters just after the incident that police believe the shooting resulted from an argument.

"From my understanding, from some people we talked to, there was apparently an argument inside," Edwards said. "Some type of argument and ensued into a gun shot."

But on Sunday, French's cousin Rick Shureih told the Los Angeles Times that French was nonverbal and had an intellectual disability that would have prevented him from starting an argument.

Shureih also told the newspaper that the family members who were shot were the victim's parents, Russell and Paola French. The Corona Police Department said in a statement the other shooting victims are in critical condition.

Shureih was not at the Costco at the time of the shooting and did not witness what happened.

Speaking about his cousin, Shureih told the paper, "He was a gentle giant ... He's never been violent in the past. He's always been very cooperative and kept to himself."

Shureih said it's possible his cousin may have bumped into someone but he wouldn't have been able to communicate that he was sorry, the Los Angeles Times reported.

Read the police statement on the shooting

French was able to drive and cook but was unable to live on his own and hadn't spoken in recent years, Shureih told the newspaper. He said he wasn't sure of French's exact disability.

In a Facebook post Sunday, Shureih shared a photo of the victim and his parents. "Do they look intimidating to you? Did he really have to shoot them all? I'm posting this picture because the stories on social media have made them out to be the suspects, and the off duty cop the victim."

Shureih asked anyone who may have witnessed the incident to contact him. Corona police are also asking any witnesses who have not yet given a statement to step forward.

"This is a family that was unarmed and was just grocery shopping," Shureih said on Facebook. "I'm sure this was a misunderstanding that got escalated for no reason!"

Police have not named the officer involved and say that the officer's gun was the only weapon in the case.

The officer suffered minor injuries and has been released from the hospital. His child was not injured, according to Officer Tobias Kouroubacalis of the Corona Police Department.

CNN has reached out to Shureih but has not heard back.

When contacted for additional comment on this story, the Corona Police Department told CNN there was no information other than what is on the department's news release.