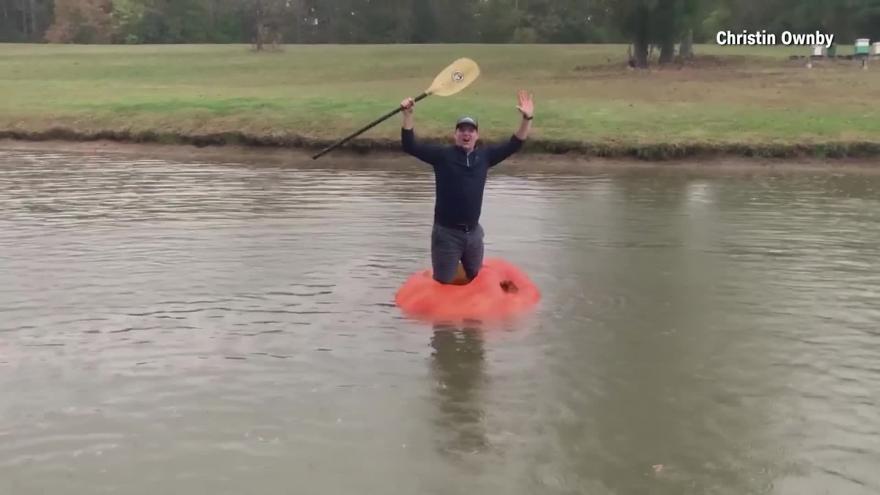 (CNN) -- Instead of making a giant jack o'lantern or a massive pie that could feed the whole town, a farmer in Tennessee took his 910-pound pumpkin out for a spin in his pond.

It's been Justin Ownby's dream to grow a giant pumpkin. And for the past four years, he has been trying to reach his goal of growing a 1,000 pound pumpkin, his wife, Christin, told CNN.

This year the farmer from Cleveland, Tennessee, had an extra special seed to plant in May - a seed from last year's record-breaking pumpkin grown in Tennessee that weighed more than 1,700 pounds, according to Christin.

"He was out there daily watering it, covering it during the heat of the day and making sure the beetles didn't get to it," she said. 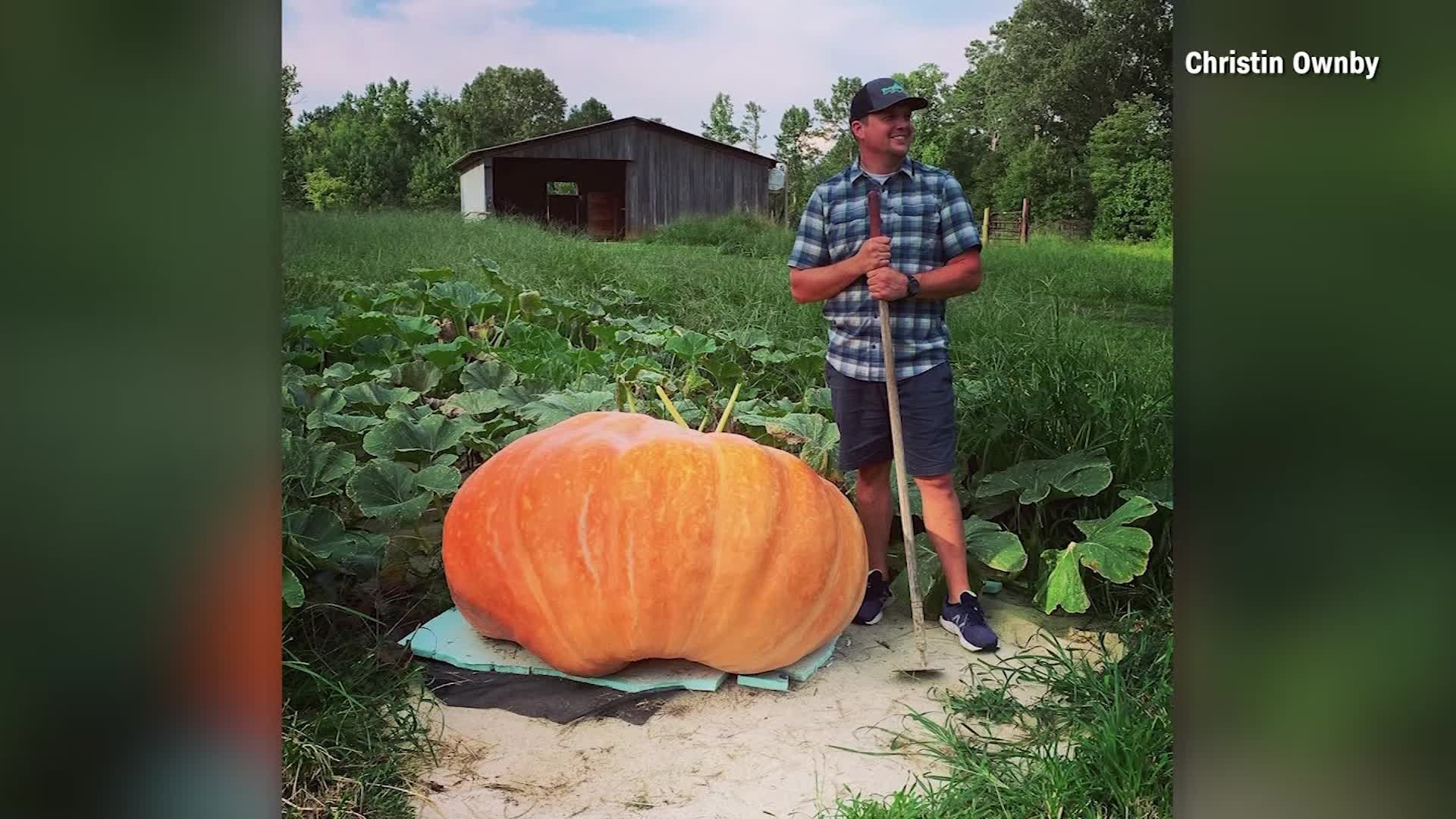 When it was done growing, the pumpkin was hauled onto a trailer. With the help of a neighbor, who had access to a large scale, it was weighed.

Justin hollowed out the pumpkin to harvest the seeds and then decided to have some fun with the kids, Christin said. On Monday night, he plunged the pumpkin in the pond on the family's property, climbed inside and with an oar in hand he started paddling around. Christin recorded his adventure and posted it on Facebook. At one point, Justin even tried standing up in the pumpkin before tipping over into the water.

Christin said the family would've placed second at the fair but they already had a family trip planned during the time of the event. She added Justin won't stop growing giant pumpkins anytime soon.

Last month, pumpkin boat races were held in Morton, Illinois, where participants had to paddle their way across a lake while sitting in 500-pound pumpkins.