Man fires a gun in a Kentucky national park after he claims he saw Bigfoot, couple says 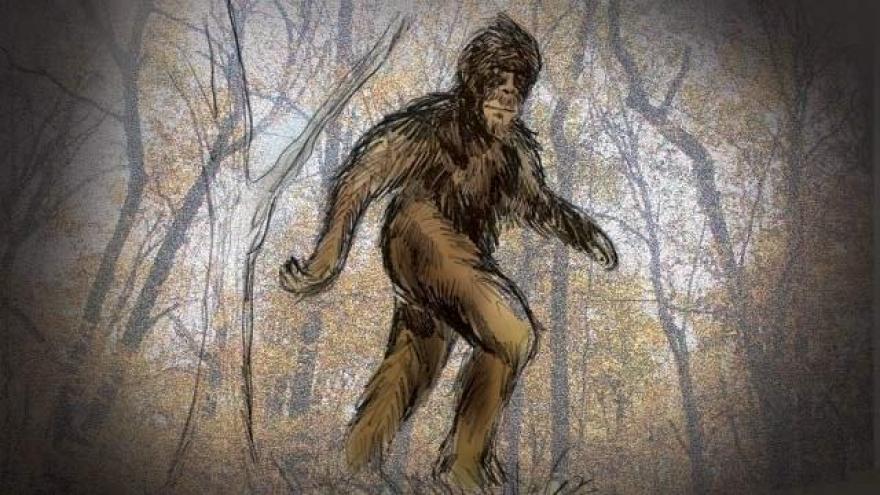 **Embargo: Flint-Saginaw-Bay City, MI** Seen is a TV5 artist's rendering of Bigfoot. A couple camping at a national park in Kentucky said they were rousted from their tent by a man who told them he had seen a Bigfoot.

(CNN) -- A couple camping at a national park in Kentucky said they were rousted from their tent by a man who told them he had seen a Bigfoot.

The man said he fired into the darkness after the ape-like monster that has never been proven to exist lunged at him, the couple told CNN on Wednesday.

Law enforcement rangers with the Mammoth Cave National Park responded to the incident involving the camper with the firearm at one of the park's backcountry campsites early Sunday, park spokeswoman Molly Schroer said in a statement.

The statement did not confirm a Bigfoot sighting but Schroer said no threat remains in the park.

Federal regulations prohibit the discharge of a firearm in the national park, she said. Park officials know the identity of the person who allegedly fired a weapon; no charges have been filed.

Madelyn Durand and her boyfriend Brad Ginn, who reported the incident to park rangers, said the encounter frightened them. And the attention over the alleged sighting of the cryptozoological mystery known as Bigfoot, or Sasquatch, has surprised the Bowling Green, Kentucky, couple.

"I was mostly just concerned about him shooting the gun in the middle of the night without him really seeing anything," said Durand, 22.

Durand said she was awakened around 11 p.m. when she heard noises outside their tent. She assumed other campers were being rowdy and drinking. She woke Ginn after a flashlight shined into the tent.

"We got out of the tent and saw a man who told us their campsite had been destroyed by someone or something," said Durand, a student at Western Kentucky University.

The man, who was with his young son, showed them his gun on his hip and told them the area was popular for Bigfoot sightings, Durand recalled. The couple climbed back into their tent as the man walked away to investigate with his son in tow.

She added: "We saw the flash from his gun, and he shot maybe 20 yards from the side of our tent into the pitch-black darkness."

Durand said she was scared that the gunfire could have struck them.

The man with firearm seemed frightened, too. He told the couple his hands were shaking, they recalled.

"The guy said he saw a Bigfoot emerge from the brush and it was coming towards him, so he shot at it," said Ginn, 24, who also attends Western Kentucky University.

"We shined a flashlight to see if there was an animal or something. And there was absolutely nothing there," Durand said.

Read: Why Bigfoot is getting nervous

Once the adrenalin wore off, the couple made jokes about their strange night during their 5-mile hike to back their car in the darkness.

"We're pretty shocked by how much it's blown up," Ginn said.

The legendary Bigfoot is commonly associated with the Pacific Northwest. But sightings have been reported all over the country and celebrated.

Federal records released in July showed the FBI analyzed a sample of alleged Bigfoot hairs in the 1970s "in the interest of research and scientific inquiry" that turned out to be deer hairs.

There are skeptics of the legend of Bigfoot, of course. Some have even pretended to see the hairy monster.