Man convicted in Colombia of murdering his wife arrested after 27 years on the run, FBI says 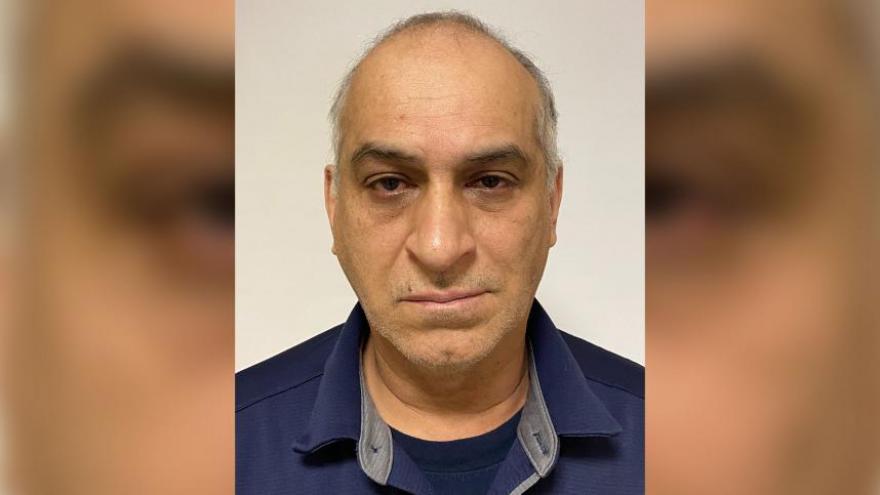 (CNN) -- A man who fled to the US from Colombia after the murder his wife in 1994 was arrested Wednesday in Massachusetts, the FBI said in a news release.

William Hernando Usma Acosta, 61, had been living in Belmont under the alias Carlos Alberto Rendon after entering the US illegally in 1995, authorities said.

"The murder was the result of a domestic violence incident in which Usma Acosta shot and killed his wife (Laura Rose Agudelo) and then shot his daughter as she tried to intervene," the FBI release states. He fled Colombia shortly after the killing and was the subject of an Interpol Red Notice, the FBI said.

In 1996, Usma Acosta was convicted in absentia in Colombia's Seventh Circuit Penal Court of Medellin and sentenced to 45 years in prison on charges of aggravated murder, aggravated attempted murder, and illegal possession of a firearm, the FBI said. His sentence was later "reduced to 28 years and six months based on new sentencing guidelines," the news release states.

"In June of 2020, special agents with the FBI Boston Division received information that Usma Acosta may be residing in the greater Boston area. The FBI's Violent Crimes Task Force tracked Usma Acosta's whereabouts to his home in Belmont," said the FBI. He was arrested Wednesday "without incident as he was heading into work" in nearby Waltham, Massachusetts, the news release states.

"William Hernando Usma Acosta is a convicted cold-blooded killer who thought he could evade justice by entering the United States and creating a new identity for himself so he could live under the radar. He needs to face justice for what he did, and today's arrest ensures that he will," said Joseph Bonavolonta, special agent in charge of the FBI's Boston Division.

Usma Acosta was transferred to the custody of US Immigration and Customs Enforcement following his arrest "and issued a notice to appear before an immigration judge on charges of having violated the terms of his legal permanent status through fraud," an ICE news release states.

It's unclear if Usma Acosta has retained an attorney.

The FBI said immigration records showed Usma Acosta arrived in the US illegally in 1995 when he crossed the Mexican border.

"In 1998, he married an American citizen and obtained lawful, permanent resident status while living in Somerville, Massachusetts," the FBI said.