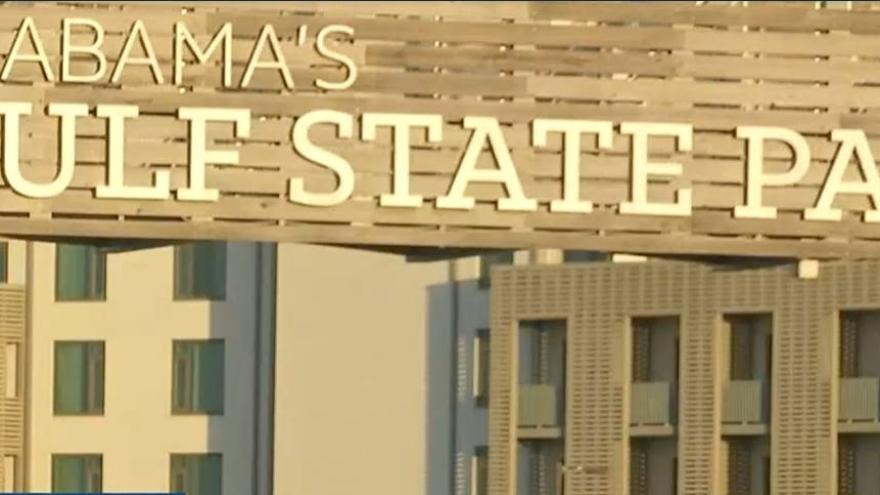 GULF SHORES, Alabama (WALA) -- One day after posting a status on Facebook, Gulf State Park found the man seen with an alligator. According to the post, he drew a crowd while feeding the gator and when asked about it, he said he was paid to do it.

The man hasn’t been charged, but it’s a situation that has locals baffled.

“I feel like it would be pretty dangerous to feed the alligators. I’ve had them come up while I’ve been fishing. They came up kind of close to me. But the more you feed them, the more you have a chance of that happening,” Jeff Dalton said.

“They do have the ability to jump out of the water. They can grab your arm. They can drag you in and take your arm off. Why would take those chances? I don’t understand that,” Mike Rodgers said.

There’s signage all over the park advising that you leave the alligators alone. And with good reason.

Feeding alligators could cause them to lose their fear of humans. Making it a dangerous situation for the next person who sees it.

People we spoke to have this advice if you make a trip to the park.

“Keep your distance. These are still wild animals. The children are going to see what you’re doing and they’re going to think that it’s okay. Then the first thing you know, we have a tragedy,” Rodgers said.

Alligators are listed as threatened by the U.S. Fish and Wildlife Service. So, the park is asking for your help in keeping them safe by leaving them alone.