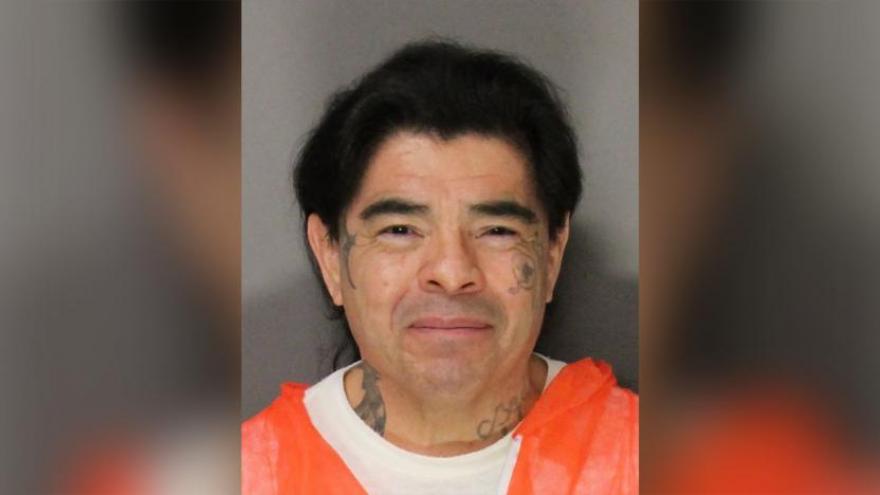 Paul Allen Perez, 57, was arrested in connection with a 2007 cold case involving the death of a child, according to the Yolo County Sheriff's Department. He's been charged with five counts of felony murder.

By Melissa Alonso and Gregory Lemos

(CNN) -- A California man has been charged in the serial homicides of five of his infant children.

Paul Allen Perez, 57, was arrested in connection with a 2007 cold case involving the death of a child, according to the Yolo County Sheriff's Department. He's been charged with five counts of felony murder.

According to the sheriff's department and coroner, a deceased infant was discovered by a fisherman on March 29, 2007 in a waterway just east of the city of Woodland. The infant was found in a sealed, weighted container.

"In my 40 years in law enforcement, I cannot think of a case more disturbing than this one," said Yolo County Sheriff Tom Lopez.

The case remained cold until October of 2019 when DNA comparison technology identified the infant as Nikko Lee Perez, born on November 8, 1996, according to the sheriff's department.

"Sadly, we learned that Nikko was not an only child," said Lopez. "We also tragically learned that four of his siblings suffered his same fate."

Investigators have identified the four additional infant victims, all of whom were less than 6 months old when they died: Kato Allen Perez, was born in 1992; Mika Alena Perez, born in 1995; Nikko Lee Perez, born in 1997; and Kato Krow Perez, born in 2001. All are believed to have been murdered as infants and the remains of three have not yet located, according the Lopez.

At the time of his arrest, Perez was serving time in Kern Valley State Prison for auto theft and felony evading a police officer, according to Wendy Wilcox of the Yolo County District Attorney's Office. He was due to be released Monday.

"The science and power of DNA has shown that monsters and killers cannot hide forever any longer," said Reisig.

Perez was arraigned Tuesday. He is being held in Yolo County jail and is scheduled to appear in court on Friday, according to the court's website.

Perez's public defender, Tracie Olson, told CNN in a statement there are a lot of unknowns and unanswered questions in the case.

"Thus far, it appears the DNA evidence has only been successful in identifying Paul Perez as the biological father of one child. Nothing more. We are keenly interested in the role the mother played in this case, as well as the actual evidence linking Mr. Perez to the alleged crimes," Olson said.

If convicted, Perez could face the death penalty or life in prison, according to the Yolo County DA.