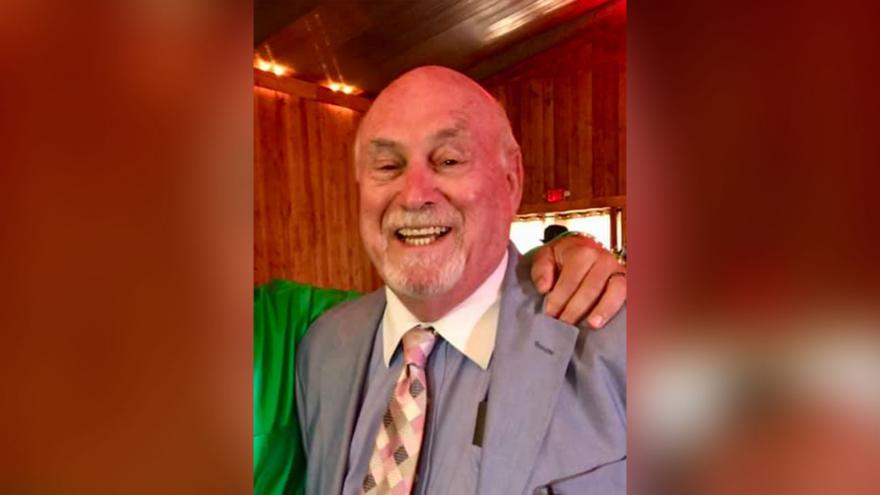 (CNN) -- A man has been charged in the death of an 80-year old man who died last week after a confrontation at a bar about not wearing a mask and treating bar staff poorly in upstate New York, according to the Erie County district attorney.

Sapienza allegedly confronted Lewinski at a West Seneca bar near Buffalo on September 26 about how he spoke to the bar staff and for not regularly wearing a mask as Lewinski brought out buckets of beer to a band playing outside, Flynn said.

When Lewinski came back inside the bar, he allegedly shoved Sapienza to the ground.

"He was pretty much in an unresponsive condition right away. He went into a seizure right away there on the floor of the bar," Flynn said.

After Sapienza was taken to the Erie County Medical Center, he remained unresponsive until he succumbed to his injuries on September 30, Flynn said.

Sapienza, a retired steelworker and Marine veteran formerly from Pittsburgh, was known for standing up for the little guy, his son, Richard Sapienza, told CNN affiliate KDKA.

"He wasn't afraid to call somebody out for being stupid, for acting stupid," Richard Sapienza said. "If you knew my father, that's the kind of guy he was. And my father could hold a conversation with anybody, he was a very friendly man."

Sapienza was at the bar by himself that night, according to nephew Blaine Riley. It was his neighborhood hangout and he knew the staff pretty well.

"I don't care what the reason was, you never put your hands on an 80 year old and shove like that," Riley told CNN. "My Uncle Rocky should have passed surrounded by family... not like that."

Sapienza is survived by his wife, Anita, who is still in shock and not doing well, according to Riley. On Tuesday, family and friends gathered for a celebration of life service in his honor.

"I get the impression from witness statements that these two just didn't like one another ... these two were butting heads from minute one there," Flynn explained.

"So there were other things besides the mask that were involved here," the district attorney said.

The confrontation was recorded on video, but there was no audio, Flynn said.

The suspect could face four years in prison

According to all evidence gathered so far, including statements from witnesses, there is no indication that either of the men were intoxicated or that they knew each other beforehand, despite being regulars at the bar,according to Flynn.

Authorities arrested Lewinski on Monday and released him with an appearance ticket since newly passed state bail laws do not consider criminally negligent homicide a holdable offense unless certain criteria are met such as an outstanding warrant, Flynn said.

Lewinski's attorney, Barry Covert, said his client plans to plead not guilty when he appears in court, according to The Buffalo News.

"It's certainly a tragedy that Mr. Sapienza passed away," Covert told the newspaper. "My client and his family want to express their best wishes and sympathy to the family of Mr. Sapienza."

CNN reached out to Lewinski's attorney for comment but has not received a response.

Lewinski will be arraigned at 5 p.m. Tuesday in the West Seneca Town Court, Flynn said, and faces up to four years in prison, if convicted.