Man charged in 3 sexual assaults in a week, including an attack on a woman who escaped through her Grubhub order 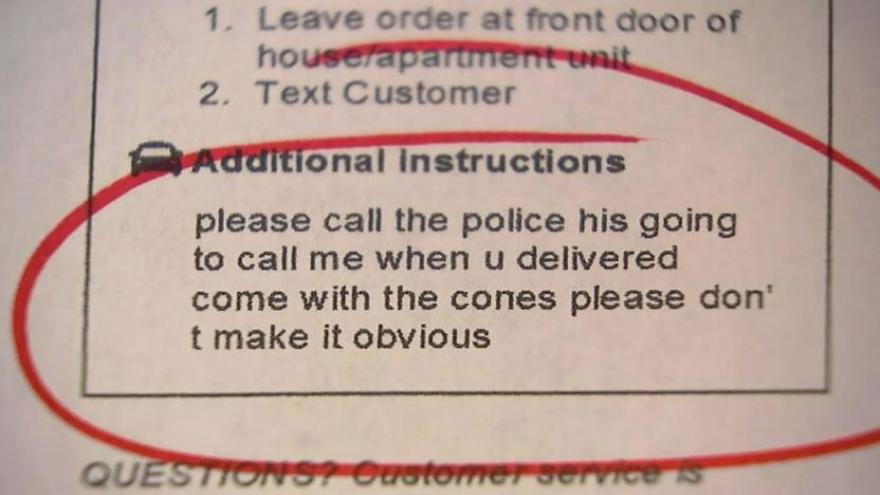 (CNN) -- A Bronx man was indicted on 23 charges on Monday after allegedly sexually assaulting three people in one week, including a woman who allegedly used the Grubhub food delivery service to escape, according to the Bronx District Attorney's office.

CNN has reached out to an attorney listed for Royal for comment.

Last month, a 24-year-old woman used Grubhub to contact police while she was allegedly being held hostage and raped by Royal, whom she had met through a dating app.

According to a criminal complaint, Royal allegedly took the woman's phone away, but the woman said she was able to retrieve it when she asked the man if she could order food, writing in the comments section of the order: "please call the police ... please don't make it obvious."

Employees at the Chipper Truck Cafe in Yonkers, New York, received the woman's Grubhub order and her plea for help. They alerted the NYPD, and officers arrested Royal at the scene.

Prosecutors said five days prior to the incident, Royal allegedly raped a 27-year-old woman who he had also been communicating with through a dating app. He also allegedly forced her to perform sexual acts on him, and he performed sexual acts on her without consent.

A day later, Royal allegedly met a 26-year-old woman on the street and lured her to his apartment. He allegedly held her hostage, sexually assaulted her, threatened to kill her, and physically attacked her through biting and strangling, the Bronx District Attorney's office said.

Bail has been set at $300,000 cash. Royal is next scheduled to appear in court on October 11 at 9 a.m., according to online court records.

"We will seek justice for the victims," Bronx District Attorney Darcel Clark said in a statement.