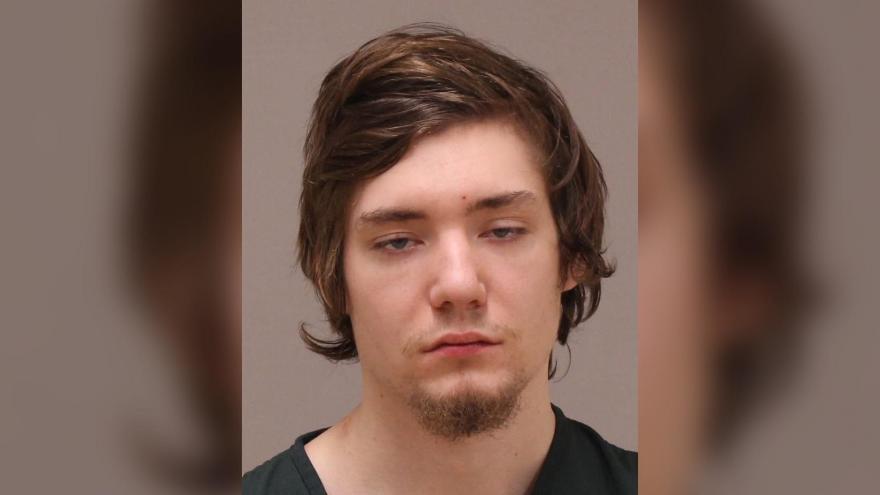 Denny William McNees was arrested after police said he broke into a home and stabbed an 11-year-old boy.

(CNN) -- An 11-year-old boy was repeatedly stabbed during a home invasion in an apparent random attack, according to the police department in Grand Rapids, Michigan.

The boy survived and a suspect is in custody.

"I was literally in a deep sleep, and his screams woke me up," Yahira Suarez, the victim's mother, told CNN affiliate WOOD-TV about the attack last Thursday.

She rushed to check on him.

"I turned on the light and there was just blood everywhere, blood in his face, it was just like it was a crime scene or something," Suarez said.

Officers responded to a call about a home invasion at 3 a.m. Thursday, according to a police statement. When they arrived, they found someone had broken in and stabbed the boy multiple times.

Suarez's son was taken to a local hospital and treated for non-life-threatening injuries, police said.

Suarez said that the attacker stabbed her son 10 times.

"Four times in the back of the head and I want to say four times all around his face," Suarez told CNN affiliate WOOD. "One (stab) was so hard that the knife broke in his mouth."

Using K-9 tracking from the crime scene, police were able to find and arrest the suspect about 30 minutes after the incident, police said in a statement. Denny William McNees, 21, was arrested and charged with assault with intent to murder and home invasion.

McNees is being held at the Kent County Jail on a $500,000 bond, police said. His next hearing is set for February 18, WOOD-TV said.

Police said it seems to be a random attack. McNees allegedly tried and failed to break into other apartments and residences in the area, according to Grand Rapids police Sgt. John Wittkowski.

The 11-year-old's apartment happened to be unlocked and McNees was able to gain entry, but it was a "true random act of violence," said Wittkowski.

Suarez told the station her son has high-functioning autism and it's hard to see how he is processing the trauma. When he first saw himself in the mirror after the attack, he asked, "Was it the bad man that did it?" according to his mother.

Her son, Suarez said, "is the most innocent person and the most loving person, and he damaged that."