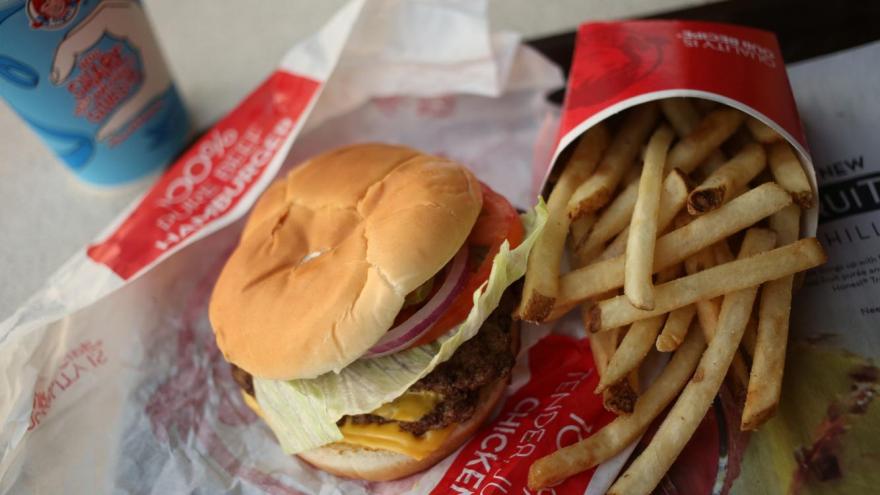 A suspect made himself some food before stealing a safe from a Florida Wendy's.

(CNN) -- He's the "modern day Hamburglar," police say, and he was caught on camera making himself a burger before robbing a Florida Wendy's.

Patrick Benson, 34, was arrested Saturday and charged with burglary, grand theft and attempted burglary, according to a news release from the Martin County Sheriff's Office. Security footage at the Jensen Beach restaurant appears to catch Benson in the act and also reveals a strange part of his process.

After breaking the windows with a brick or large rocks after hours, Benson started up the grill, made himself a burger and ate it, the sheriff's office said. Only after his meal did he grab the safe and make his escape.

His may be a unique case, but it was not the only time he did it.

"The suspect has been successful at forcing his way into two restaurants cooking himself some dinner -- then stealing what he can't consume," the sheriff's office said Friday.

Benson did not appear in a rush, and "casually" made his way through the restaurants choosing what he would steal, according to the release.

Images from security footage brought in many tips on the identity of the man dubbed the Hamburglar, the office said. Benson is now in the Martin County Jail.