Man bowls perfect game with his father's ashes inside the ball 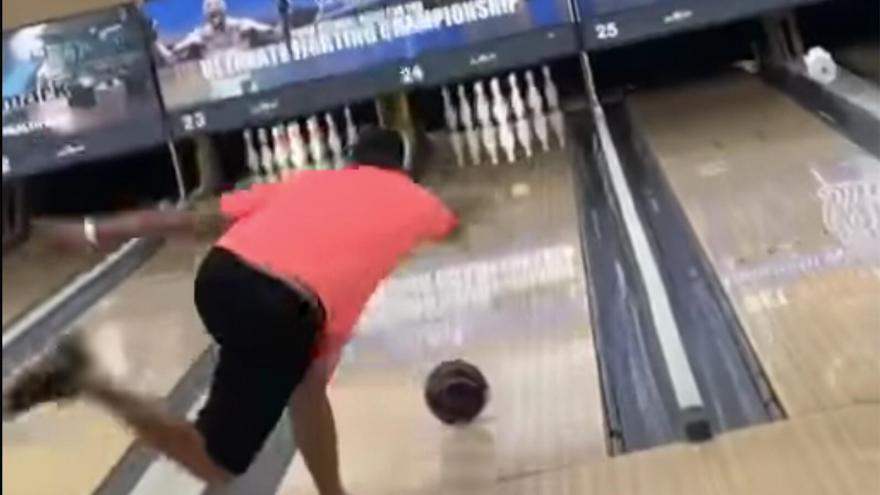 John Hinkle Jr., of Peoria, Illinois, honored the memory of his father, John Hinkle Sr., by achieving that perfect score while using a bowling ball that contained his father's ashes.

(CNN) -- One Illinois man has bowled a perfect game more than a dozen times -- but the last time he went for the perfect 300, there was more at stake.

Earlier this month, John Hinkle Jr., of Peoria, Illinois, honored the memory of his father, John Hinkle Sr., by achieving that perfect score while using a bowling ball that contained his father's ashes.

Hinkle Jr., a school counselor, comes from a family of bowlers. He and his twin brother, Joe, started leagues when they were four years old. Their parents bowled as well.

"He (John Hinkle Sr.) never had a perfect game until NOW," Hinkle Jr. wrote in a Facebook post on April 12, where he shared video of the moment.

Once you bowl a perfect game, doing it again is far less daunting because you've done it before, Hinkle told CNN. But he said emotions were high at this game because it was like no other.

"I was shaking. I had tears in my eyes the last couple balls," the 38-year-old said. "I just knew what it meant to my dad and my brother to do this."

Hinkle's brother was the first one to hug him after the final strike, leading to even more tears.

"I started crying more when he approached me because we did what we said we would do."

When their father died in 2016, Hinkle said he and his brother thought about quitting bowling. Their mother died in 2014, so it was hard to continue the sport without being able to look back and see their parents.

"My mom and dad were always there for me and my brother when we were bowling in leagues," Hinkle said. "You'd look back and you'd see one of them there, or both."

Hinkle first brought up the idea of bowling with his father's ashes to his brother in 2017. But it took more than a year to find someone who was willing to put the ashes in a bowling ball.

Many Hinkle asked didn't know how to do so, or were nervous about ruining the ball, he said.

Luckily, Hinkle's childhood friend, who also bowls and had just opened a pro shop, was up for the task. She sealed the ashes in the thumb hole on the first try.

Hinkle said he is going to retire this ball after he completes the upcoming Tournament of Champions, the last tournament he played with his father before he passed away.