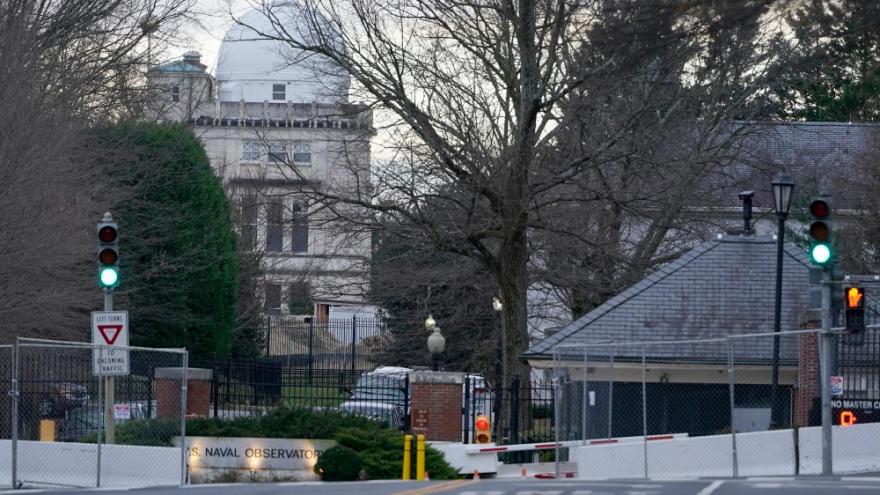 A spokesperson for Washington's Metropolitan Police said officers responded "at approximately 12:12 pm, to the 3400 block of Massachusetts Avenue, NW in reference to a suspicious person based on an intelligence bulletin that originated from Texas, who was detained by US Secret Service." Law enforcement contacted the man after a region-wide intelligence bulletin had been issued for the suspect.

DC police say officers arrested and charged 31-year-old Paul Murray, of San Antonio, and that a rifle and ammunition were recovered from his vehicle.

A police report obtained by CNN shows officers allege Murray was in possession of an "AR-15 semi-automatic rifle, 113 rounds of unregistered ammunition, and five 30 round magazines."

The US Secret Service told CNN in a statement that Uniformed Division officers detained the man before Metropolitan Police arrived on the scene.

A Secret Service official says none of the agency's protectees were at the residence at the time of the incident.