Man arrested in fatal shootings of 4 found in Wisconsin SUV 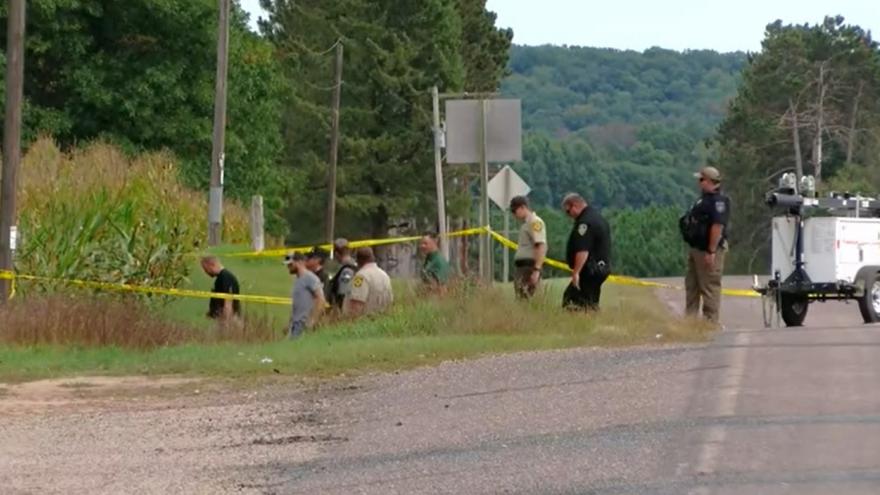 See Also Police: Case of 4 found fatally shot in Dunn County cornfield a mystery
MENOMONIE, Wis. (AP) — Sheriff's officials say one suspect has been arrested and a second suspect is being sought in connection with the fatal shootings of four people found in an abandoned SUV in western Wisconsin.

Officials say a warrant is out for the other suspect, 38-year-old Antoine Darnique Suggs, who is believed to be in the Twin Cities area and is considered armed and dangerous.

Family members say the four victims had been together at a bar Saturday night in St. Paul before a farmer discovered the bodies Sunday in his Dunn County cornfield.