A woman on a SEPTA train was sexually assaulted while other riders failed to intervene, authorities say 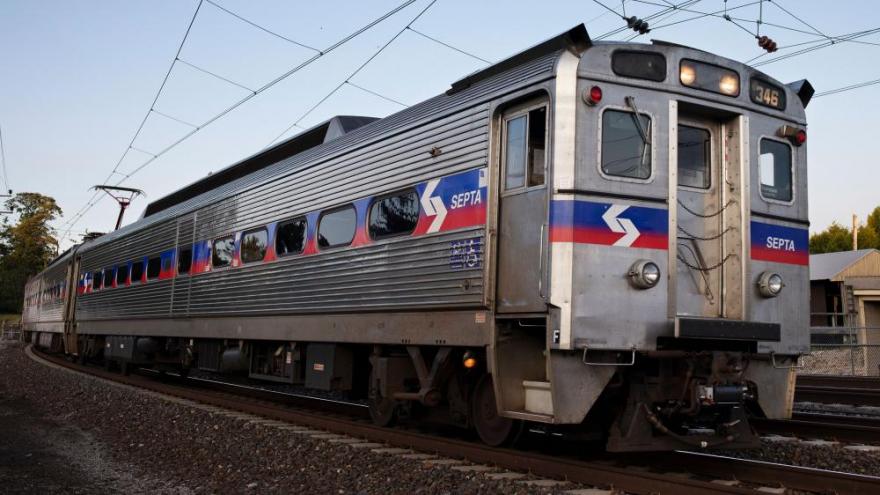 A man was arrested for allegedly sexually assaulting a woman on a SEPTA train in Philadelphia last week, even as a number of witnesses failed to stop the incident or call police, authorities said.

(CNN) -- A woman was allegedly sexually assaulted on a transit train in Philadelphia last week even as a number of witnesses failed to stop the incident or call police, authorities said.

The alleged rape occurred on the Southeastern Pennsylvania Transportation Authority's Market-Frankford Line on Wednesday night and was a "horrendous criminal act," SEPTA said in a statement. The public transit authority said other people on the train saw the incident and did not alert authorities.

"There were other people on the train who witnessed this horrific act, and it may have been stopped sooner if a rider called 911," SEPTA said. "SEPTA urges anyone who observes a crime being committed or any dangerous situation occurring to report it. Anyone witnessing an emergency should immediately call 911."

SEPTA spokesperson Andrew Busch said an employee in the vicinity of the incident as the train went past called police to report that "something wasn't right."

"The SEPTA employee boarded the train and saw the assault in progress and immediately called 911. That prompted an immediate response by SEPTA Transit Police, and an officer boarded the train when it arrived at the 69th Street Transportation Center," Busch said in a statement. "The officer located the suspect and the victim, and took the suspect into custody."

The suspect was identified as Fiston M. Ngoy, 35, who had a preliminary arraignment last Thursday on charges of rape, sexual assault, aggravated indecent assault and more, according to court documents.

He is being held at Delaware County Prison on 10% of $180,000 bail and has a preliminary hearing scheduled for next Monday, the documents state. CNN has not been able to reach Ngoy for comment.

Police said that witnesses on board the train should have called police or intervened.

"Anybody that was on that train has to look in the mirror and ask why they didn't intervene or why they didn't do something," Upper Darby Police Superintendent Timothy Bernhardt told CNN on Monday. "Collectively, they could have gotten together and done something."

Bernhardt said the suspect did not know the victim, whom he praised for coming forward, according to CNN affiliate WPVI.

"Unbelievably strong woman. She really is. She came forward, she provided a lot of information. She's on the mend, and hopefully she will get through this," he told WPVI.

Richards said that the employee who reported the incident acted quickly and "probably didn't know exactly what they were seeing," but reported it right away.

SEPTA police chief Thomas Nestel III said there were "very few" notifications to police about the incident even though there were people on the train with phones in their hands who witnessed the alleged rape take place. He said SEPTA Police got one call and Philadelphia 911 received no calls, and he hadn't heard back from Delaware County 911.

Asked if passengers on the train recorded the incident on their phone and posted video on social media, "I can tell you people were holding their phone up in the direction of this woman being attacked," he said.

The entire incident was captured on video surveillance, and Bernhardt said investigators plan to go through the video to understand the incident, as well as what other SEPTA riders were doing.

Richards said there are 28,000 cameras on the SEPTA system, telling reporters "you will be videoed if you are doing anything on our system that is improper and you will be caught."

Alex Piquero, a criminologist and sociology professor at the University of Miami, spoke to CNN's John Avlon on Tuesday and offered several general explanations for why bystanders may not intervene.

People who videotaped the crime could potentially be subject to a crime, though that would be up to the District Attorney's office.

"We live in a world where everything is captured on videotape, and sometimes that can be useful for police in their investigations," Piquero said. "But when a woman is being assaulted and nobody is doing anything, it really worries me."