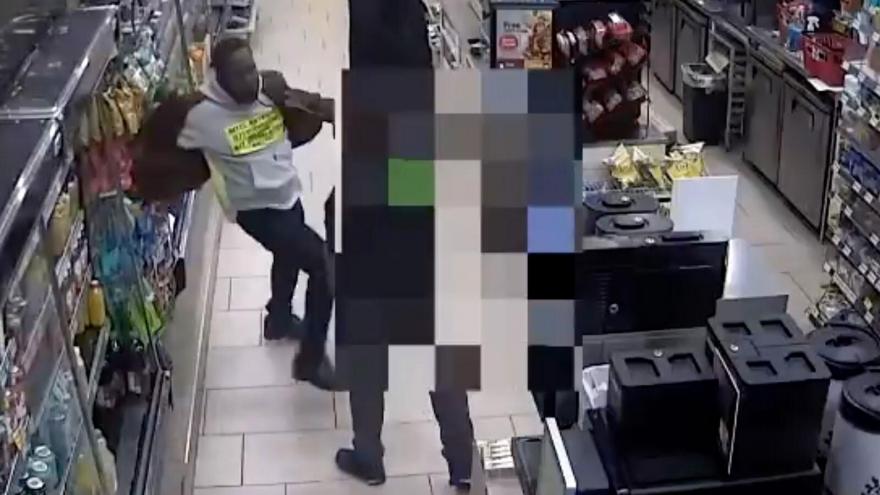 Surveillance footage appears to show a man striking an individual at a 7-Eleven in Manhattan, New York.

(CNN) -- Police arrested a Brooklyn, New York, resident on assault and reckless endangerment charges after he allegedly struck a 7-Eleven worker in the face multiple times while making anti-Asian statements, according to the NYPD.

Gregory Jacques, 33, was later arrested Wednesday morning and charged with assault, along with attempted assault and reckless endangerment, both in the second degree, the NYPD said in a statement.

A seven second clip of surveillance footage sent by police appears to show a man striking an individual once before the video ends.

The victim was a 26 year old Asian male, an NYPD spokesperson told CNN via email.

Prior to the arrest an NYPD spokesperson told CNN that the incident was being investigated by the NYPD's Hate Crime Task Force.

CNN is inquiring with NYPD why no specific hate crime charges were recommended. CNN is reaching out to the district attorney's office for comment and clarity on what charges ultimately will be pursued.

It was not immediately clear whether an attorney is representing Jacques at this time.