Man arrested after guns were found in his Chicago hotel room. The mayor called them 'weapons of war' 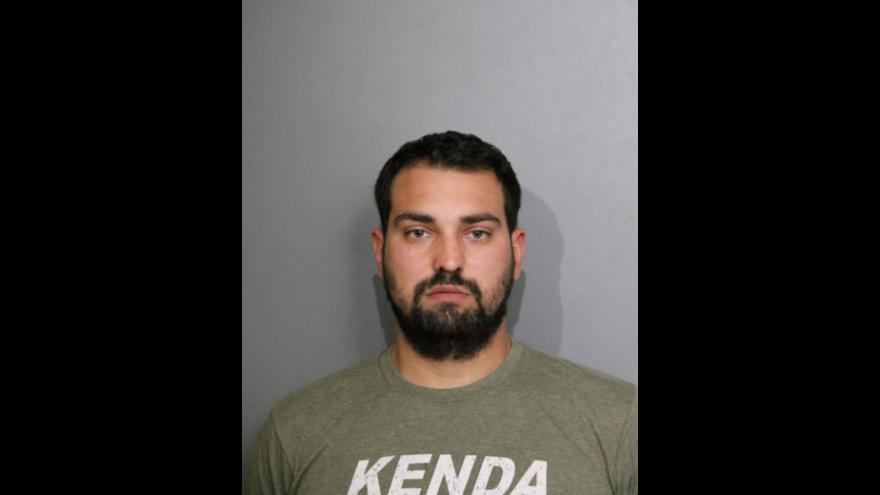 An Iowa man is facing two felony charges after a loaded handgun and rifle were found in his Chicago hotel room July 4, near where hundreds of families were celebrating the holiday, prosecutors said.

(CNN) -- An Iowa man is facing two felony charges after a loaded handgun and rifle were found in his Chicago hotel room July 4, near where hundreds of families were celebrating the holiday, prosecutors said.

Keegan Gregory Casteel, 32, is charged with two felony counts of aggravated unlawful use of weapons/loaded. He appeared in court Tuesday and was released after paying a portion of his $10,000 bond, according to court documents obtained by CNN.

Police said there was a handgun and a loaded .308 caliber rifle "equipped with a laser and high-powered scope" in Casteel's hotel room. Five rifle magazines were also found, according to Casteel's arrest report.

The weapons were discovered by an employee of the W Chicago Lakeshore Hotel who went into Casteel's room to clean it, Chicago Police Superintendent David Brown said Tuesday.

They were near a window "in a very suspicious position," Brown said. The employee "likely prevented a tragedy from happening," Brown said.

Brown noted the employee's discovery was significant because hotels have not been cleaning rooms daily due to Covid-19 restrictions.

The W Hotel has not responded to CNN's request for comment and it referred all questions from CNN affiliate WLS to the Chicago Police Department.

Casteel, who lives in Ankeny, Iowa, was released after paying a $1,000 cash bond. He doesn't have any previous criminal history or issues in federal databases, Brown said.

Casteel's attorney says there is a "dearth of evidence" that Casteel "had any ill intent."

"Mr. Casteel did have a plan for the Fourth of July -- to travel to the City of Chicago to propose to his girlfriend on the Ferris Wheel at Navy Pier that evening," attorney Jonathan Brayman said in a July 14 statement. "In fact when police responded to Mr. Casteel's hotel room, he was getting ready for the engagement proposal and had a diamond ring hidden in the hotel room."

Casteel cooperated with law enforcement and has a valid permit and license to possess firearms, Brayman said.

"While the Superintendent and other public officials have made Mr. Casteel a scapegoat in the face of widespread violence and actual shootings in the City of Chicago, he is nothing more than a law-abiding person exercising his Second Amendment Rights. The fact that good people feel the need to arm themselves when traveling to Chicago is the real problem that our public officials need to address," Brayman said.

Casteel proposed to his girlfriend after he was released from jail, according to Brayman.

"This isn't a firearm for personal protection. What he had were weapons of war," Lightfoot said.

"Because he was charged with mere possession and legally, here in our city, the charges weren't of the type that he could have been held. But luckily, he was questioned by the joint terrorism task force. He is now under radar screening of the FBI."

Casteel will be allowed to reside in Iowa and travel back and forth for the duration of the case, court documents show. He also had to surrender the weaponry to the Chicago Police Department and was ordered to stay away from the W Hotel.

Judge David R. Navarro told Casteel Tuesday that he understands the man is permitted to possess firearms in his home state of Iowa, but added, "clearly we are not in Iowa."

Casteel's permit doesn't allow him to carry or have his weapons in Chicago, prosecutors said.

Casteel is scheduled to appear in court July 14 in Skokie, Illinois.