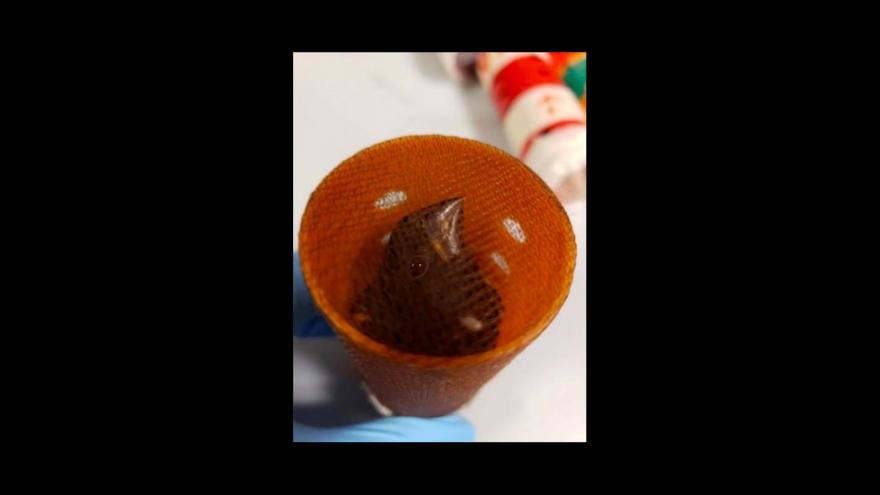 (CNN) -- A man attempting to smuggle a flock of singing finches was caught in customs on Sunday at John F. Kennedy International Airport in New York City.

Francis Gurahoo, 39, was charged with trying to smuggle approximately 34 finches from Guyana into the United States, according to a complaint filed by federal prosecutors in Brooklyn. Gurahoo, of Connecticut, concealed each live bird in a plastic hair curler in his carry-on bag, prosecutors said.

Gurahoo told prosecutors he planned to sell the suitcase of birds for about $100,000, at a going rate of about $3,000 for each bird, according to the complaint.

The identity of Gurahoo's attorney was not immediately clear.

Guyanese finches are known to be used for "singing contests" in Brooklyn and Queens. Gamblers set the songbirds against each other and bet on their voices, according to the complaint.

"In such contests, often conducted in public areas like parks, two finches sing and a judge selects the bird determined to have the best voice," the complaint states.

When a bird becomes a champion, its value can spike to over $5,000, prosecutors said. A US Fish and Wildlife Service investigation called "Operation G-Bird" stated that a male finch with a good pedigree and a winning track record can sell for up to $10,000, the New York Times reports.

US Customs and Border Protection says it nabbed smugglers carrying nearly 200 finches in airports in 2018.