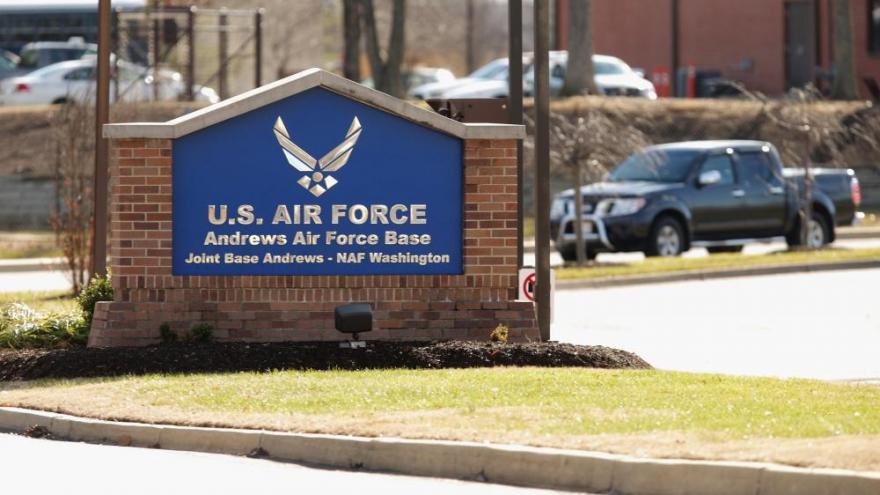 (CNN) -- A man gained access to a C-40 aircraft on Joint Base Andrews in Maryland on Thursday that's part of a fleet frequently utilized by senior government leaders, the base said in a statement Friday.

The US Air Force Inspector General has been directed to investigate the breach and the Air Force will also launch a comprehensive review of installation security and trends, according to a statement by the military branch.

The 316th Wing Public Affairs said in the statement that the man had "gained unauthorized access to the flightline and entered a C-40 aircraft assigned to the 89th Airlift Wing. Joint Base Andrews Security Forces responded, detained and interviewed the individual. US Air Force Office of Special Investigations assisted with the interview."

Pentagon spokesperson John Kirby said the Department of Defense and Air Force are taking the incident "very seriously." He added that the Air Force adjusted "some of their security protocols" after the breach.

The 89th Airlift employs the planes typically used by the President as Air Force One and others that are used to transport the vice president and Cabinet members.

The plane the man boarded is not part of the presidential fleet, according to a Defense Department official. And a federal law enforcement official told CNN that "there was no threat that the unauthorized individual was going to gain access to a protected asset."

According to the Air Force, the C-40 in the 89th Airlift Wing "provides safe, comfortable and reliable transportation for US leaders to locations around the world" and its "primary customers are the combatant commanders, and the C-40C customers include members of the Cabinet and Congress."

The man was booked, given a federal summons for trespassing and turned over to local law enforcement, the statement said. The man had two outstanding warrants and there was no indication that the individual has any links to extremist groups, according to the statement.

"The security of our installation is paramount," Col. Roy Oberhaus, the vice wing commander of the 316th Wing at Joint Base Andrews said in the statement. "This was a serious breach of security and Joint Base Andrews is investigating the incident to determine how this happened so it doesn't happen again."