Man accused of storing 16 tons of fireworks at home, including devices that later blew up and injured 17 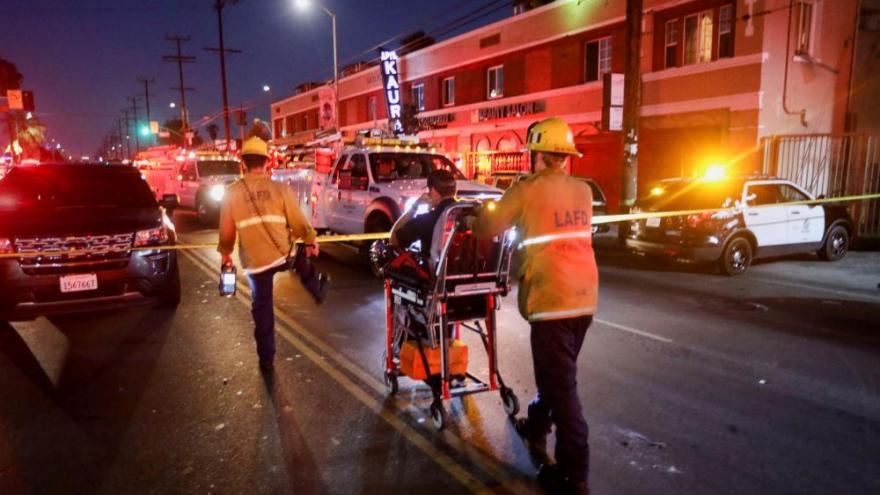 After police tried to safely detonate illegal fireworks in a bomb disposal unit, the explosives tore through the vessel and injured 17 people, authorities said.

(CNN) -- A California man faces federal charges after allegedly transporting tons of explosives from out of state -- including devices that later exploded in a police bomb disposal truck, injuring 17 people, authorities said.

Arturo Ceja III was arrested Saturday by special agents from the Bureau of Alcohol, Tobacco, Firearms and Explosives (ATF), federal authorities said. He's accused of transporting explosives without a license or permit.

It was not clear Sunday if Ceja had retained an attorney. He has a court appearance scheduled for Tuesday.

He was initially arrested Wednesday after Los Angeles police received a tip and found a large stockpile of fireworks at his South Los Angeles home.

According to a criminal complaint, "Ceja made several trips to Nevada in late June to purchase various types of explosives -- including aerial displays and large homemade fireworks containing explosive materials -- that he transported to his residence in rental vans," the US attorney's office said.

"The complaint notes that fireworks in California can be sold for as much as four times what purchasers pay for the fireworks in Nevada," the US attorney's office said.

The illegal fireworks were intended for sale around the Fourth of July holiday, Los Angeles Police Chief Michel Moore said.

While the fireworks were being removed from Ceja's home, the LAPD bomb squad determined some of the homemade fireworks with explosive materials were not safe to transport due to the risk of detonation in a densely populated area, according to an arrest warrant affidavit.

Police decided to destroy those fireworks at the scene using a total containment vessel (TCV), according to the affidavit.

"During the destruction of the devices, the entire TCV exploded, causing a massive blast radius, damaging homes in the neighborhood and injuring a total of 17 law enforcement personnel and civilians," the US attorney's office said.

Nearby buildings and vehicles were also damaged, the arrest warrant affidavit said.

The police chief said he wasn't sure why the total containment vessel couldn't contain the explosives.

"This vessel should have been able to dispose of this material," Moore said last week. "Something happened in that containment vehicle that should not have happened, and we do not know why."