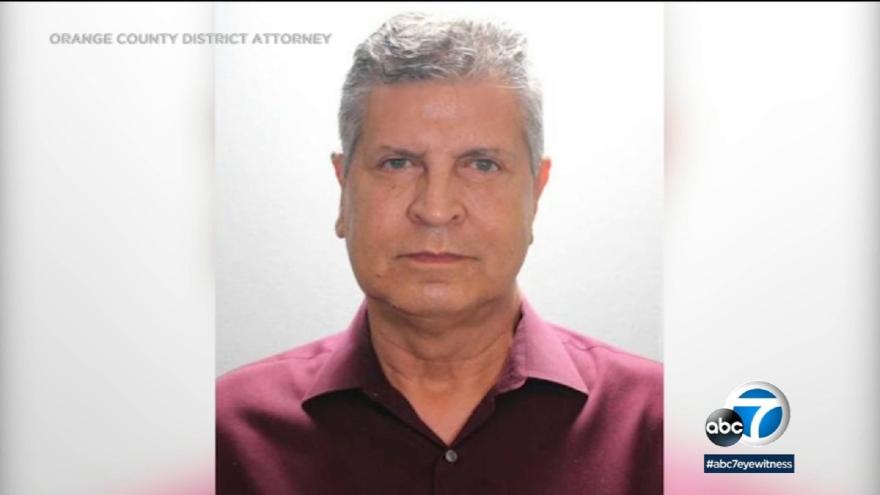 BREA, California (KABC) -- A Brea man is in the Orange County jail accused of impersonating a doctor and performing medical procedures on multiple women.

In a video posted to TikTok under the username @DrEliasRenteria52, a man believed to Elias Renteria Segoviano is seen on camera wearing a surgical gown and cap talking about a medical procedure he's performing on a woman's buttocks.

"He's never been licensed as a doctor in the United States and these women thought that he had all the training, expertise to do these procedures and in fact they were literally putting their lives on the line," Edds said.

She said the 61-year-old allegedly performed medical procedures on unsuspecting women like Botox injections, and lip and face fillers using potentially harmful anesthetics and other drugs.

Edds said, "We also believe that he was using counterfeit material as well to inject these women, which put the public at immense risk."

On his Facebook page Renteria said he studied in Tijuana.

Edds said he used social media to advertise his "Botox in Anaheim" business and targeted the Spanish-speaking community.

"These are procedures that if they're not done correctly could result in serious injury, disfiguration and even death," she said.

Renteria was arrested at his business inside the Phenix Salon Suites in Anaheim last month.

Brian Kelley, president and CEO of Phenix Salon Suites, said independent contractors lease space at their locations to perform a variety of salon-related services. Kelley said they're not aware of any investigation and could not comment further.

He's currently being held on a $1 million bail.

He faces a maximum sentence of five years and four months in state prison if convicted on all counts.

The DA's office says they'll also be releasing information on Renteria in Spanish with the hope that any additional victim will come forward.

Renteria also used other sites for his business, including one at 339 La Habra Blvd., in La Habra, according to the DA's office. He has used different business names that include: "Botox in Anaheim," "Botox in Anaheim- Health and Beauty," "Neurotoxina Botulinica- Massage Service," "Threads in Anaheim, "Threads La Habra", "Botox La Habra," and "OC Threads, Botox & Fillers."

Authorities believe there may be additional victims and are urging anyone who was treated by Elias Renteria Segoviano to report those procedures to the Orange County District Attorney's Bureau of Investigation by contacting Investigator T. Hoang at 714-834-6538.