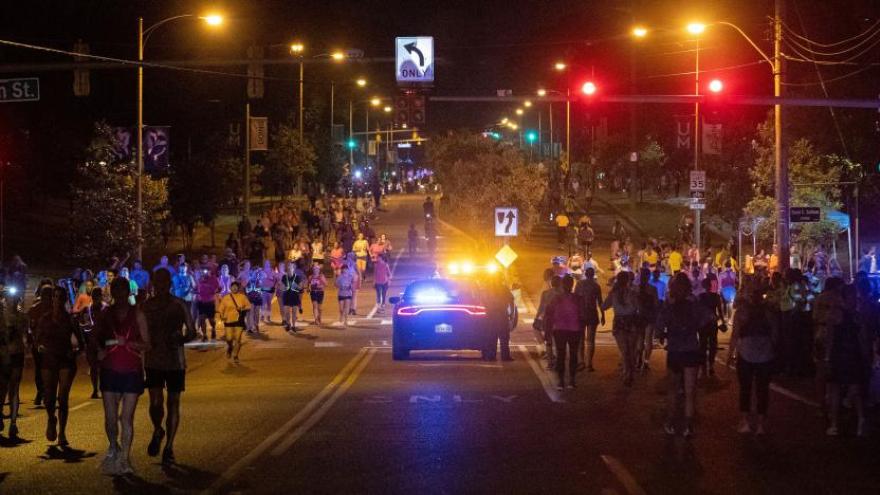 The man accused of kidnapping and killing Memphis teacher Eliza Fletcher has been indicted on aggravated rape charges for a separate 2021 incident. Runners attend the Let's Finish Liza's Run event on September 9 in Memphis in honor of the slain schoolteacher.

(CNN) -- The man accused of kidnapping and killing Memphis teacher Eliza Fletcher has been indicted on aggravated rape charges for a separate 2021 incident, according to court documents.

Cleotha Henderson, 38, appeared in a Shelby County courtroom Monday after he was indicted Thursday on charges of aggravated rape, kidnapping and unlawful possession of a weapon for a September 21, 2021, incident involving a different woman.

The weapons charge was the only item on the docket Monday for Henderson. The hearing was procedural, and the judge set Henderson's next hearing for September 19. The Shelby County Public Defender's Office, which was appointed to Henderson's case regarding Fletcher, will also represent him in the latest case, said Shelby County Judge Louis J. Montesi Jr.

Henderson was issued a $3,500 bond for the weapons charge, said the judge. He remains in the Shelby County Jail on no bond for the murder charges against him in the Fletcher case.

The Shelby County District Attorney's office did not provide a comment to CNN, citing the pending case. CNN has also reached out to the Tennessee Bureau of Investigations but has not yet heard back.

The charges come nearly two weeks after Fletcher, 34, went out for an early morning run in a neighborhood near the University of Memphis and failed to return home. Her disappearance sparked an intense hunt -- buoyed by surveillance video police said showed her being forced into an SUV -- which led to Henderson's arrest near his Memphis home last Saturday.

Her body was found near a vacant duplex last week, authorities said.

Fletcher was the granddaughter of hardware magnate Joseph Orgill III, who died in 2018 at the age of 80. Tennessee-based Orgill has annual sales of $3 billion, according to the company.

This month, Henderson also is facing charges unrelated to Fletcher's case, including identity theft, theft of property $1,000 or less and fraudulent use/illegal possession of a credit or debit card $1,000 or less, Shelby County jail records show.

Those charges are connected to a theft report filed last week by a woman who reported someone was using her Cash App card and Wisely Card at gas stations without her knowledge.

CNN has reached out to the Shelby County district attorney and Memphis police regarding the theft charges.