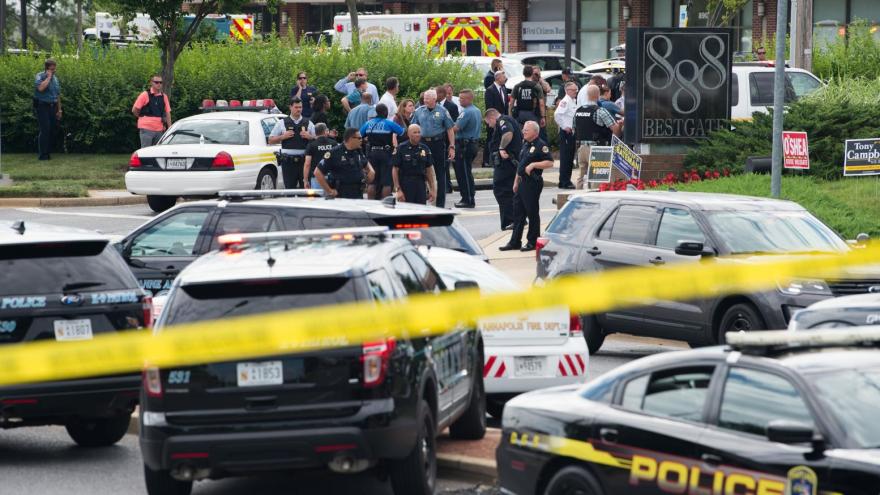 Jarrod Ramos, the man accused of killing five employees at the Capital Gazette newspaper last year, has admitted guilt in a Maryland court, according to the newspaper and the Washington Post.

Ramos pleaded guilty but not criminally responsible to all 23 counts, including murder, in Anne Arundel County Circuit Court, according to spokeswoman Terri Charles.

A jury must now decide whether Ramos is criminally responsible. Jury selection is scheduled to begin on Wednesday and the trial is slated to start on Nov. 4, Charles said.

Ramos was indicted on first-degree murder, first-degree attempted murder and assault and weapons charges one month after the shooting on June 28, 2018.

CNN has reached out to Ramos' attorney and the Anne Arundel County district attorney.

It was the single deadliest day for journalists in the United States since 9/11.

The attack took place a few years after Ramos had unsuccessfully sued the newspaper for defamation. An article in the paper had chronicled Ramos' harassment of a former classmate on social media. Ramos pleaded guilty to a harassment charge in that case, court documents said.

Several reporters who were in the Capital Gazette newsroom on the day of the shooting said they were relieved that Ramos pleaded guilty.

Former Capital Gazette reporter Phil Davis said that, while the criminal proceedings are not over, it brings "a certain level of closure."

"Having to not go through this part of the trial, which would have been an argument of his guilt, certainly seems validating -- at least on my own end," said Davis, who is now a reporter at The Baltimore Sun.