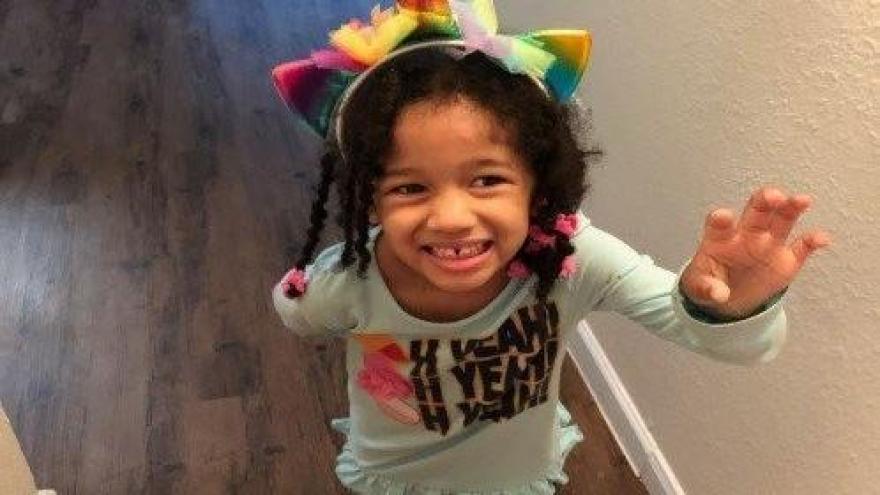 Located in Arkansas on Friday during a search, the remains now have been positively identified as those of the missing 4-year-old girl, the Harris County Institute of Forensic Sciences said.

(CNN) -- The remains of 4-year-old Maleah Davis have been identified, authorities said Monday.

Located in Arkansas on Friday during a search, the remains now have been positively identified as those of the missing Houston girl, the Harris County Institute of Forensic Sciences in Texas said.

The cause and manner of her death are still pending, according to the forensic institute.

Maleah was reported missing in early May by her mother's former fiancé, Derion Vence.

Vence initially told police that Maleah had been abducted by a group of men -- but investigators found signs of decay in his car and blood evidence in his apartment.

Vence was arrested and booked into the Harris County jail in May on suspicion of tampering with a human corpse, according to police.

At the beginning of May, Vence told police he was driving with the young girl and his toddler son in the car when he heard a loud noise and pulled over. A group of men pulled up behind him, he said, and knocked him unconscious for nearly 24 hours. When he woke up, Vence claimed he was on the side of a road with his son, but Maleah was gone.

He said he walked to a nearby hospital, where he received treatment for his injuries and reported Maleah missing. But as detectives began collecting evidence, his account began to fall apart.

Video shows Vence was dropped off at the hospital in the car he claims was stolen, authorities said. Investigators collected blood from his apartment that was "consistent' with DNA taken from Maleah's toothbrush.

Investigators also viewed footage captured from the porch of an apartment next to Vence's, according to the affidavit.

The footage shows Maleah entering the apartment, but she is not on video coming back out. Instead, Vence is seen leaving the apartment on May 3 carrying a large blue laundry basket with a black trash bag inside.

He returned a few minutes later and walked back out carrying cleaning supplies, including bleach, according to court documents.

The search for Maleah moved to Arkansas after Vence allegedly confessed to Quanell X, who visited him in jail Friday, that he dumped Maleah's body there. Quanell is a community activity who used to represent the young girl's mother.

"One thing he wanted to make clear to me was (that) what happened to Maleah was an accident, he says it was an accident. And he confessed to me where he dumped the body," the activist told CNN affiliate KTRK.

Houston police detectives along with search and rescue teams immediately headed to Arkansas. Houston police requested that local authorities begin searching near Hope, a town about 30 miles northeast of the Texas-Arkansas border.