Malarkey! These are the words Americans looked up during the debate 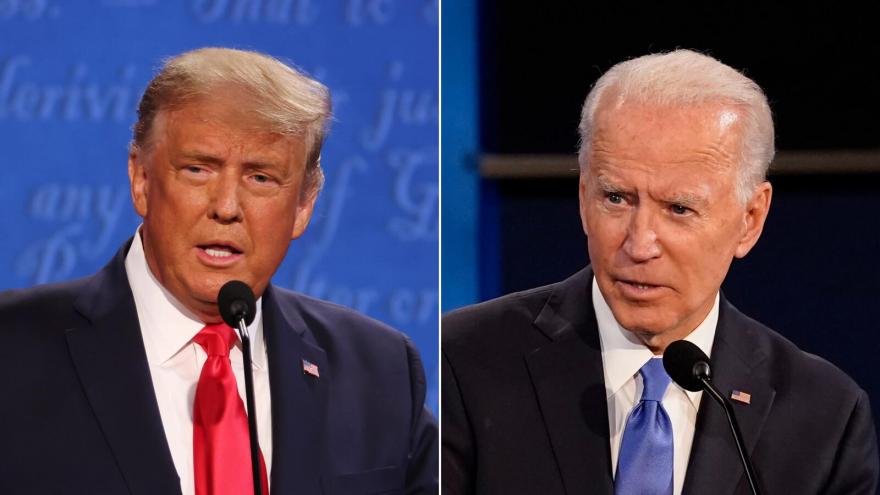 Though a lot happened during Thursday evening's presidential debate between Joe Biden and Donald Trump, data from the Merriam-Webster Dictionary and Dictionary.com have shown us what actually stuck.

(CNN) -- Though a lot happened during Thursday evening's presidential debate between Joe Biden and Donald Trump, data from the Merriam-Webster Dictionary and Dictionary.com have shown us what actually stuck.

The top trending words of the debate included phrases ranging from "coyote" to "malarkey," and included "xenophobia" -- also a top word during the first presidential debate -- according to both dictionaries.

Here are some definitions, along with a full list.

It's a term for someone who "smuggles immigrants into the U.S." Merriam Webster said.

When asked about family separation at the U.S.-Mexico border, Trump said: "The children are brought here by coyotes and lots of bad people, cartels, and they're brought here and they used to use them to get into our country."

Biden said children come to the border with their parents.

While going back and forth on China and other foreign entanglements, Biden had one word for Trump and his claims: malarkey.

Defined as "insincere or foolish talk; bunkum" by Merriam-Webster, Biden had the following to say.

"There's a reason why (Trump) is bringing up all this malarkey. There's a reason for it. He doesn't want to talk about the substantive issues. It's not about his family and my family. It's about your family," Biden said, looking at the camera and addressing the audience.

Trump brushed off the remark as a "typical political statement."

Both Dictionary.com and Merriam-Webster reported a spike in searches for the term "wherewithal," first used in the 1500s.

Biden used the term early in the debate, when asked about how to lead the country out of the Covid-19 crisis.

"What I would do is make sure we have everyone encouraged to wear a mask all the time. I would make sure we move in the direction of rapid testing, investing in rapid testing. I would make sure that we set up national standards as to how to open up schools and open up businesses so they can be safe and give them the wherewithal, the financial resources, to be able to do that," Biden said, partially defining the term in his remark.

Here are the words that trended, according to both Merriam-Webster and Dictionary.com.