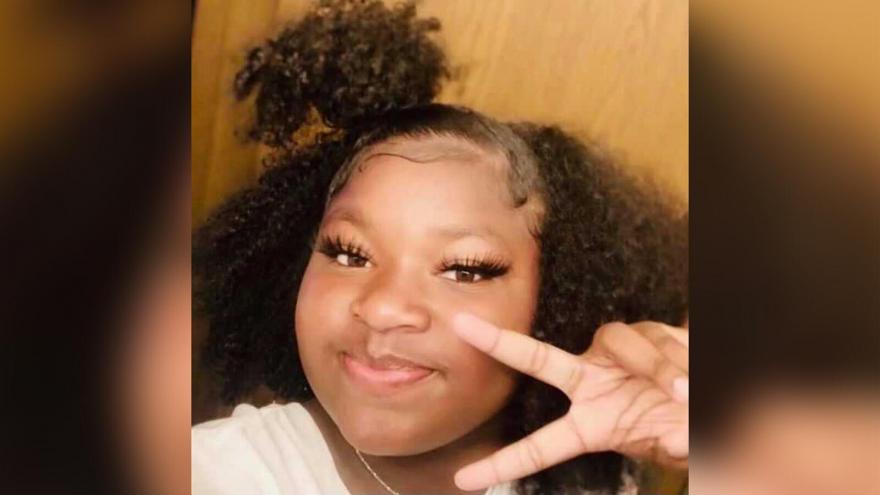 Ma'Khia Bryant was shot and killed by a Columbus, Ohio, police officer on April 20.

(CNN) -- Ma'Khia Bryant loved styling her curly hair in front of her camera phone and posting about it on TikTok.

"This was a child that had so much love in her heart," her cousin Don Bryant said at her funeral on Friday. "A smart girl, capable, and deserving of fulfilling all her hopes and dreams in this world."

Ma'Khia, 16, died April 20 during an encounter with a Columbus, Ohio, police officer at her foster home. The mother of Breonna Taylor, elected officials and clergy members joined her family on Friday to mourn her passing and call for systemic justice.

"What are you doing to make sure no more Ma'Khias are taken from us?" he added.

Friday's service marked at least the third funeral the First Church of God handled for the families of Black people killed by police. The church had hosted funerals for Andre Hill, 47, in January and Casey Goodson Jr., 23, in December.

Ma'Khia's death happened about 30 minutes before the verdict was delivered in the trial of the former Minneapolis police officer who knelt on George Floyd's neck.

Some of her family members were dressed blue -- Ma'Khia's favorite color -- while ushers wore large blue roses and blue flowers sat on top of her casket.

Emmanuel Anthony, the principal at The Academy for Urban Scholars High School who was Ma'Khia's middle school principal, presented Ma'Khia's mother with an honorary high school diploma for her daughter.

"Did you know that Ma'Khia loved getting good grades in school? That she was a very intelligent young girl?" her cousin Don Bryant said.

She was attending the 11th grade and was on the honor roll, according to her obituary. She had a great sense of humor, always wanted to make everyone laugh and enjoyed cooking.

One of her aunts told reporters on Wednesday that Ma'Khia had a "vibrant personality" and her grandmother, Jeanene Hammonds, recalled how Ma'Khia used to sing while they were driving.

The Rev. Jamal Harrison Bryant, who led the funeral for Freddie Gray, called on mourners to fight to stop racism and called for police reform.

"We believe this will help provide an environment that fosters trust between residents and police — and will ultimately lead to a Columbus that is safer for everyone," Ginther said about the letter in a tweet.

Many systems failed to protect her, family attorney says

Ma'Khia was in foster care at the home where the shooting took place.

Angela Moore, the woman who cared for Ma'Khia in foster care, has said two of her former foster children were visiting to celebrate her birthday when the young women and Ma'Khia began arguing over a messy home and unmade bed. The argument led to a fight that ended with the police shooting.

Police body camera video of the shooting shows the officers exiting their car and seeing Ma'Khia lunge at another young woman with a knife outside the house. Officials in Columbus have urged residents to await the facts in the investigation.

Authorities identified the officer who fired the shots as Nicholas Reardon, who was hired in December 2019. The officer is off street duty pending an investigation.

The attorney for the girl's family said Wednesday that "the many systems responsible for Ma'Khia's protection failed her."

Franklin County Children's Services has said Bryant was a foster child in the county's care, CNN has reported.

"Without these failings, Ma'Khia Bryant would still be with us today," attorney Michelle Martin said in a statement.

Martin told reporters on Wednesday that she intends to conduct an investigation into why the police officer "chose lethal force" and every agency that had a chance to prevent the girl's death.