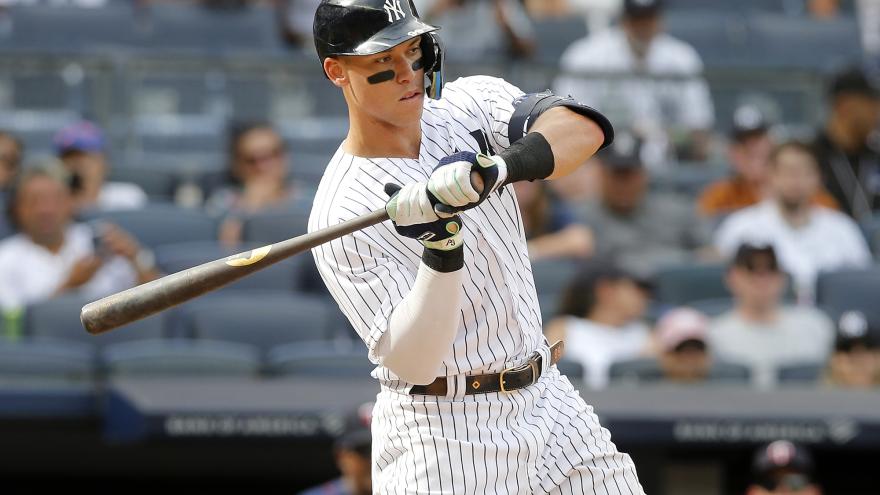 With only about 1,200 members, the MLBPA is fairly small by comparison to many of the other unions in the federation, But it is one of the nation's highest profile unions, given the widespread interest in professional sports, and it is aiming to grow. Recently, it announced plans to add about 5,400 minor league players, the majority of whom have signed cards requesting union representation.

The announcement was made Wednesday by Tony Clark, a retired Major League player and executive director of the players union, and Liz Shuler, president of the AFL-CIO.

"The MLBPA has a proud, 56-year history of success rooted in unity and a highly engaged membership," Clark said. "We look forward to bringing that history and experience to bear as a more formal part of the movement."

Aligning the players with the AFL-CIO could be a boost to other unions that represent workers in the sports industry, such as television crews and stadium vendors, many of whom are already unionized at numerous ballparks.

But joining the larger organization doesn't mean that the players would refuse to play in stadiums where other workers might go on strike. Clark said the MLBPA's current contract does not give players the right to refuse to cross picket lines. But given the public attention athletes receive, the potential of having players simply voice support for striking workers — or perhaps join them on picket lines — could make a difference in the dynamics of negotiations, Schuler said.

Other sports-related unions cheered the MLBPA's decision to join the federation.

"We look forward to working in solidarity with the MLBPA to improve both the fan experience and the work lives of our members," the International Alliance of Theatrical and Stage Employees, an AFL-CIO affiliated union that represents many of the camera crews broadcasting games, said in a statement.

The MLBPA is one of the most successful unions when it comes to negotiating better pay and employment terms for its members. It was an early leader in fighting for free agency, which allows players with a certain number of years in the league to negotiate with any team, and not just the one with which they had their previous contract. The union also won the right to binding salary arbitration for players who haven't yet qualified for free agency.

Those victories allowed for massive increases in player pay over the last 55 years, from an average of $19,000 in 1967, the year players first collectively bargained with team owners, to $4.4 million this season. Even adjusted for inflation, that $19,000 average would be worth roughly $170,000 today — one-quarter of the current minimum MLB salary of $700,000.

The league had gone 20 years without a work stoppage before the owners locked out players late last year and into this year. A deal ending the lockout was reached in March but caused a one-week delay to the start of the season. The new contract increased minimum pay for players along with other changes.

Most of the nation's largest and most powerful unions are members of the AFL-CIO, but there are some notable exceptions, including the 1.2 million member Teamsters union, the National Education Association, which represents 3 million teachers and the Service Employees International Union, which has 2 million members.