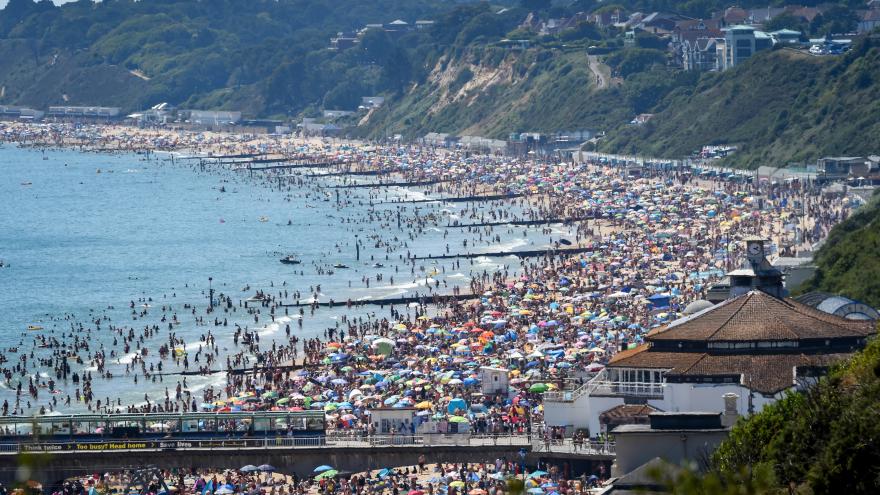 (CNN) -- Officials in southern England have declared a "major incident" after thousands of people flocked to local beaches.

Bournemouth and Sandbanks, in Dorset, were hit particularly hard as crowds came to enjoy the hottest day of the year so far, according to a statement released Thursday by local authority Bournemouth, Christchurch and Poole (BCP) Council.

Despite advice to stay away from the area, it was overrun with cars and sunbathers, leading to gridlock, illegal parking and anti-social behavior. By Thursday morning, more than 40 tons of waste had been removed from the coastline.

Council leader Vikki Slade said she was "absolutely appalled" by the scenes.

"The irresponsible behavior and actions of so many people is just shocking and our services are stretched to the absolute hilt trying to keep everyone safe," said Slade in the statement. "We have had no choice now but to declare a major incident and initiate an emergency response."

The UK is slowly easing its coronavirus restrictions and groups of up to six people are allowed to meet up outside in England. However, the sheer number of sunseekers caused huge problems.

Rubbish crews also suffered abuse and intimidation as they tried to remove mountains of rubbish from the seafront, according to the statement, and there have been a number of incidents involving excessive alcohol and fighting. 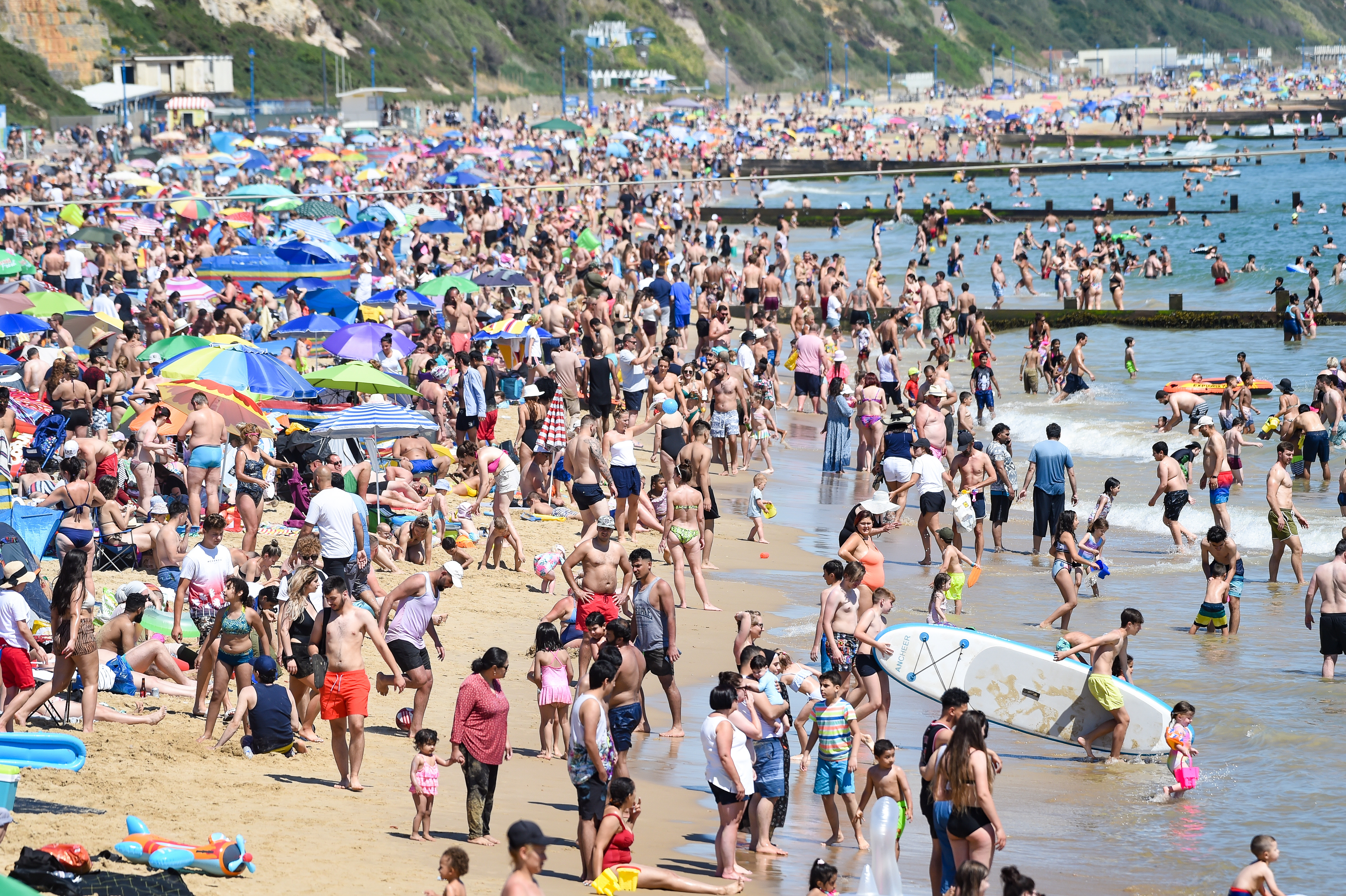 In response there will be extra police patrols, security provided for rubbish crews, and more parking enforcement.

Authorities also found people camping illegally overnight. They were evicted and seafront rangers will carry out extra patrols as a result.

Slade implored people not to visit the area and likened the scenes to a public holiday.

"We are not in a position to welcome visitors in these numbers now or to deal with the full range of problems associated with managing volumes of people like this," said Slade. "PLEASE do not come. We are not able to welcome you yet."

Assistant Chief Constable Sam de Reya, of Dorset Police, also called on people to stay away from the area, explaining that the extra measures activated after declaring a major incident will only go so far.

"We are also reliant on people taking personal responsibility and strongly advise members of the public to think twice before heading to the area," she said.

"Clearly we are still in a public health crisis and such a significant volume of people heading to one area places a further strain on emergency services resources."

Parts of the UK are preparing for a further easing of lockdown restrictions on July 4, but there have been other signs that members of the public are increasingly flouting the rules.

Overnight into Thursday, at least 22 police officers were injured and emergency vehicles were damaged in London after a street party descended into violence.

And on June 13 several thousand people attended two illegal raves near Manchester, northern England, and three stabbings, a rape and an overdose death were reported between the two events.