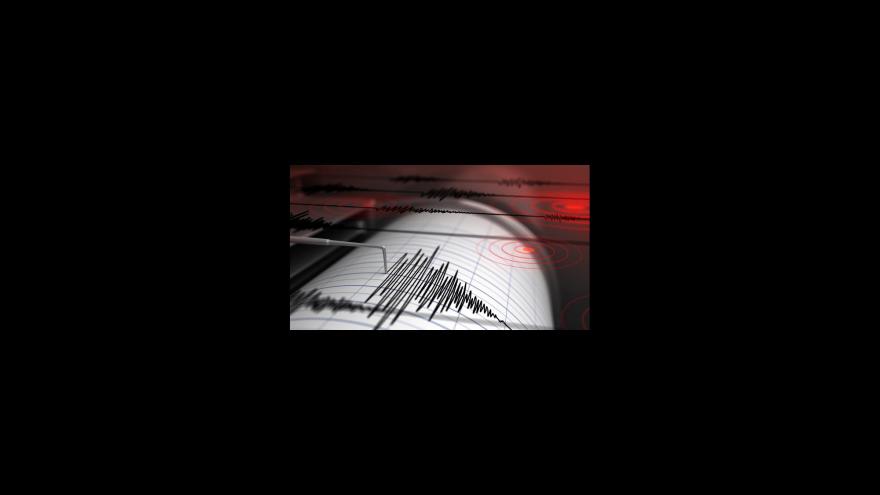 An earthquake with a preliminary magnitude of 7.8 struck off the coast of Alaska early Wednesday morning.

(CNN) -- An earthquake with a magnitude of 7.8 struck off southern Alaska's coast late Tuesday, shaking the Alaska Peninsula and briefly sparking tsunami concerns before officials said no destructive waves were coming.

The earthquake was centered in the Pacific Ocean about 60 miles southeast of Perryville on the sparsely populated Alaska Peninsula, striking around 10:12 p.m. local time (2:12 a.m. Wednesday ET).

The Alaska Peninsula protrudes from mainland Alaska and is flanked to the southwest by the Aleutian Islands.

Reports of significant damage, if any, weren't immediately available. A tsunami warning initially was issued for south Alaska and the Alaska Peninsula, but was canceled by early Wednesday, according to the National Oceanic and Atmospheric Administration.

The warning sent people to higher ground in cities like Sand Point, an island community of about 1,000 people off the peninsula, the Anchorage Daily News reported.

People in Sand Point gathered at a high school until shortly after midnight, when officials gave an all-clear, Jordan Keeler, an Anchorage-based city administrator, told the newspaper.

"The first wave didn't materialize, which is a great thing," Keeler, who was in contact with staff in Sand Point, told the Anchorage Daily News. No reports of major structural damage were made on the island, Keeler told the newspaper.

"We've canceled the (tsunami) advisories because it doesn't look like it's becoming a large wave or any larger," National Tsunami Warning Center Director James Gridley said, according to CNN affiliate KTUU.

In Kodiak, a city of about 6,000 people, a long line of cars headed up a mountain after residents learned of the tsunami warning late Tuesday, John Cannon told KTUU.

Police were "trying to clear the lower areas down by the harbor," he said.

"You (could) hear the tsunami alarms. It's rather eerie," he told KTUU.

This quake's depth was 28 kilometers, or 17 miles, the USGS said -- relatively shallow.

"Anything below 70 kilometers is considered a shallow quake," CNN meteorologist Allison Chinchar said. "That's important, because shallow earthquakes often cause the most damage, compared to the ones that are deeper, regardless of the strength."

More than 20 aftershocks followed the quake late Tuesday to early Wednesday, ranging from magnitudes of 2.8 to 6.1.