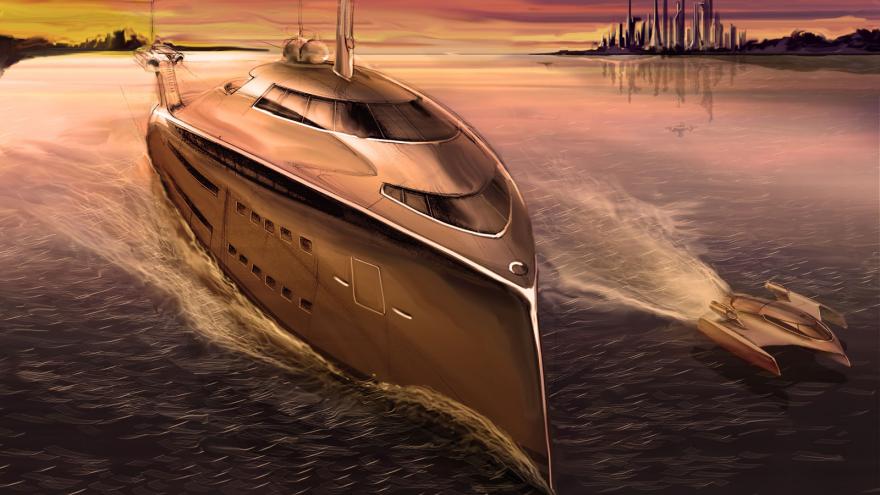 (CNN) -- Rather than dropping in popularity, superyachts have been more in demand than ever during global pandemic.

But the same can't be said for passenger jet airplanes. In fact, global business jet deliveries dropped by 20.4% in 2020, while hundreds of airplanes have been decommissioned, with some likely to never fly again.

However, yacht designer Uros Pavasovic has come up with a rather unorthodox way of utilizing discarded aircraft while simultaneously pushing the boundaries of superyacht design.

Unveiled earlier this month, the Cobra concept, is influenced by military aircraft and looks like something from a futuristic movie.

"News of all those discarded airplanes and their perfectly functioning jet engines made me wonder how they could be re-purposed in a 'Mad Max'-inspired, post-pandemic world," explains Pavasovic.

"Cobra is a 130-meter hybrid yacht with exposed jet engines that are used to efficiently power the generators. 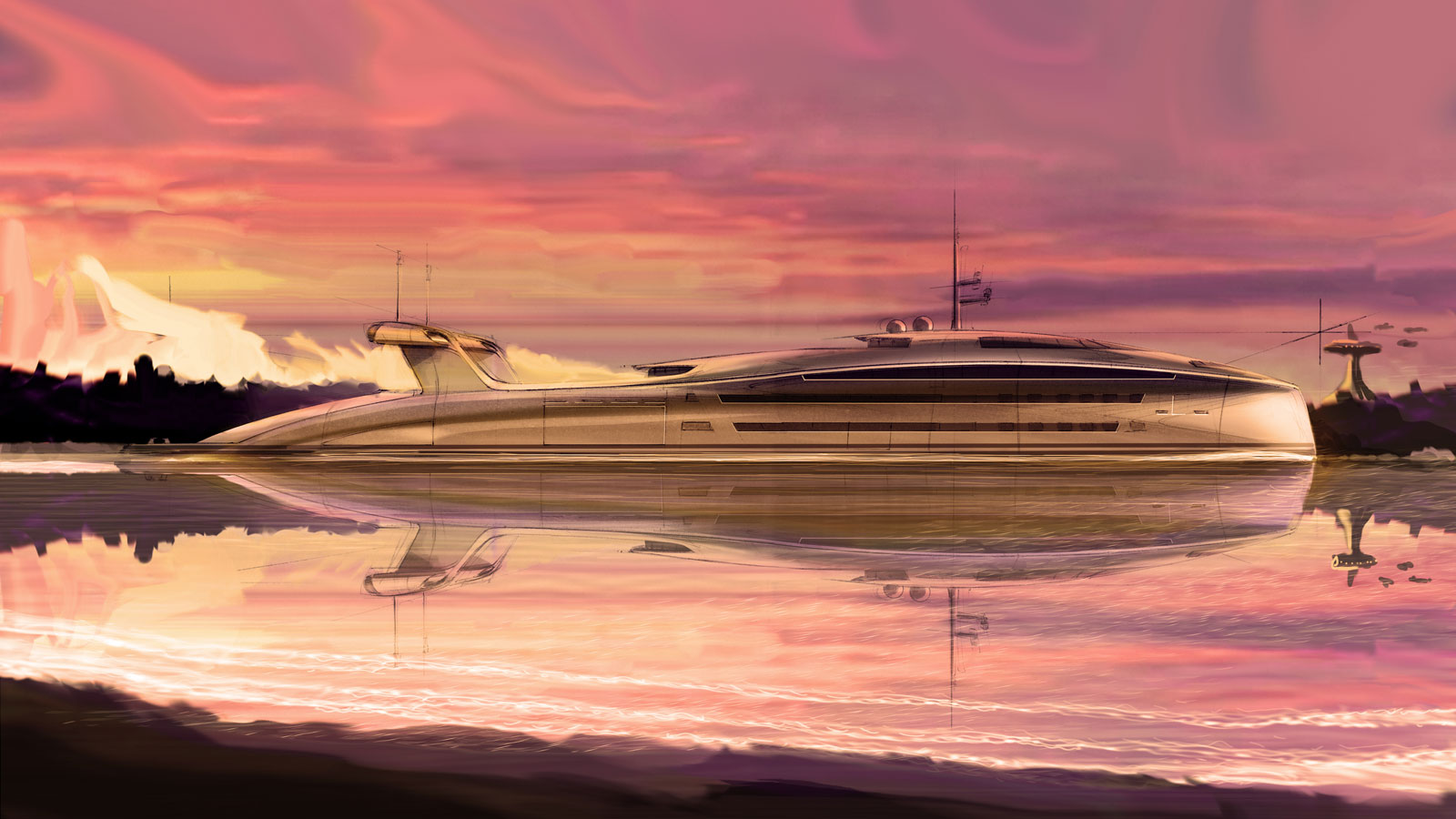 Its structure was conceptualized with the Lockheed SR-7 "Blackbird," which was operated by both the United States Air Force and NASA before being retired in 1999, in mind.

The inspiration for its five-seater tender boat, a mini version of the main yacht, was provided by ground-effect vehicles (GEV), particularly Cold War-era flying sea craft Ekranoplan, which was powered by jet engines and actually glided a few yards above the water.

In addition, the vessel will also hold a main deck with a swimming pool, a large swimming platform and a super-sized beach club.

While Pavasovic describes the Cobra concept as an "out of the box concept bordering on science fiction," he insists that it's very much "buildable."

"It might look like science fiction, but it's not total fantasy," he adds. "The only unreal element is that those engines would be loud!"

The noise from the exposed jet engines could easily be canceled out if they were contained in a sound insulated engine room in the hull, says Pavasovic.

"With this engine location swap ,the general aesthetic and performance would still be preserved and the vertical wings would now hold satellite, communication, and navigation equipment instead," he says.

Data firm Cirium has indicated that the number of planes dismantled for parts or scrap could double to 1,000 annually through 2023, so there will certainly be a lot of jet engines available if re-using them in this way becomes a trend.

'Out of the box concept'

But Pavasovic considers the Cobra concept as a one-off project rather than an indication of the future of superyacht design.

It's one of two new concepts he's just released (the second being the 40-meter EX40,) to celebrate the first anniversary of his London-based firm Pavasovic Studio.

If the Cobra concept were to be picked up, Pavasovic believes it would take approximately four years to design, engineer and build.

The price tag would "likely be hundreds of millions of dollars" depending on where it was built and the final specifications.

"So far, the response has been overwhelming, especially on the creative side of the concept," he says, before stressing that the concept is aimed at a specific type of owner.

"This design would only appeal to a handful of owners out there who are less concerned with chartering, and place style and speed above maximizing the space usage."

While using unwanted jet engines to power a superyacht may be a new and interesting notion, this certainly isn't the first modern concept that's taken inspiration from aircraft.

Last year, Italian shipyard Codecasa unveiled plans for a 230-foot superyacht concept Codecasa Jet 2020, which "borrows" many of the stylistic features of a jumbo jet.

Meanwhile, Italian design studio Officina Armare has announced plans for a 360-foot superyacht concept that takes inspiration from both naval ships and spacecraft. 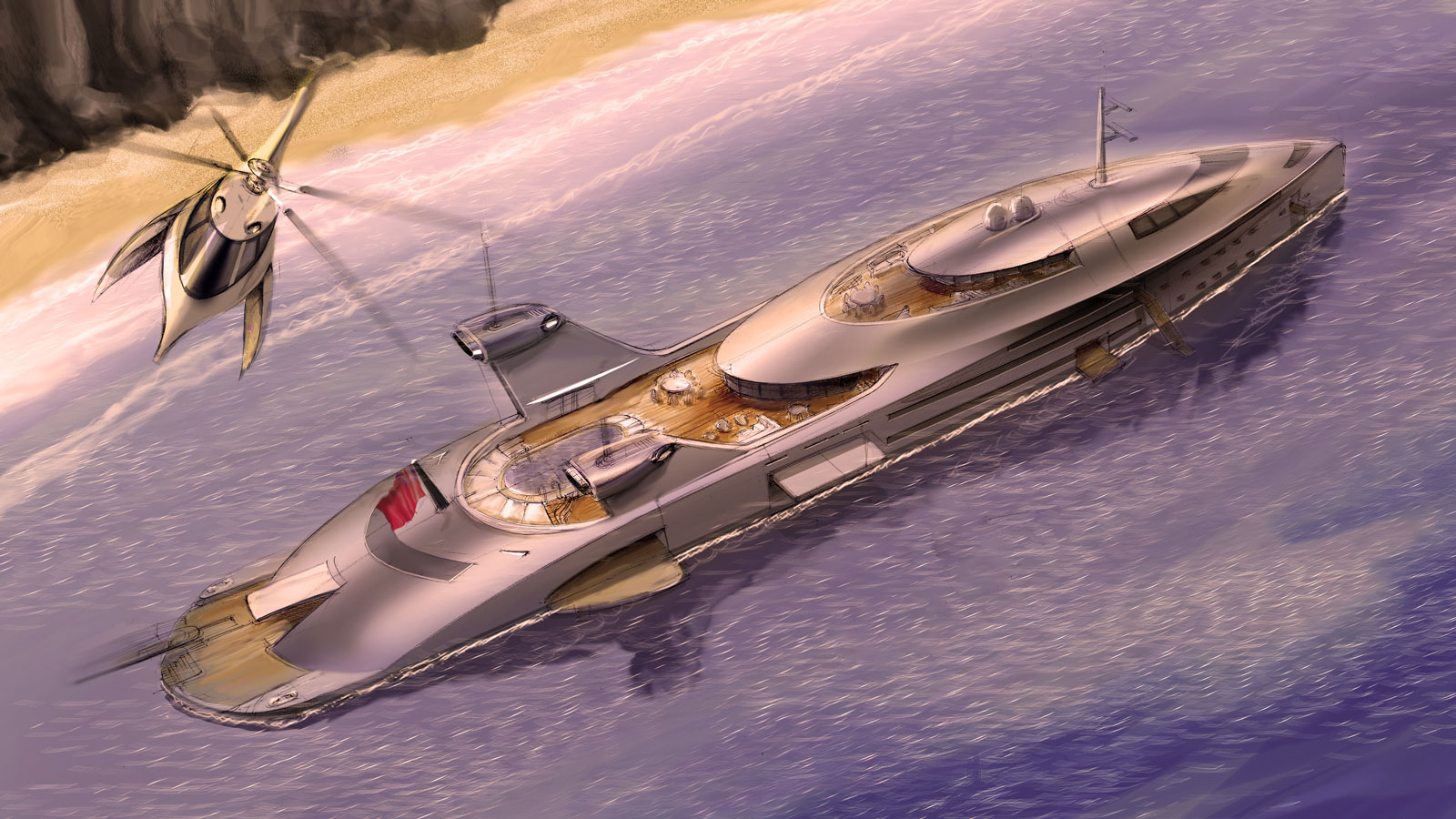