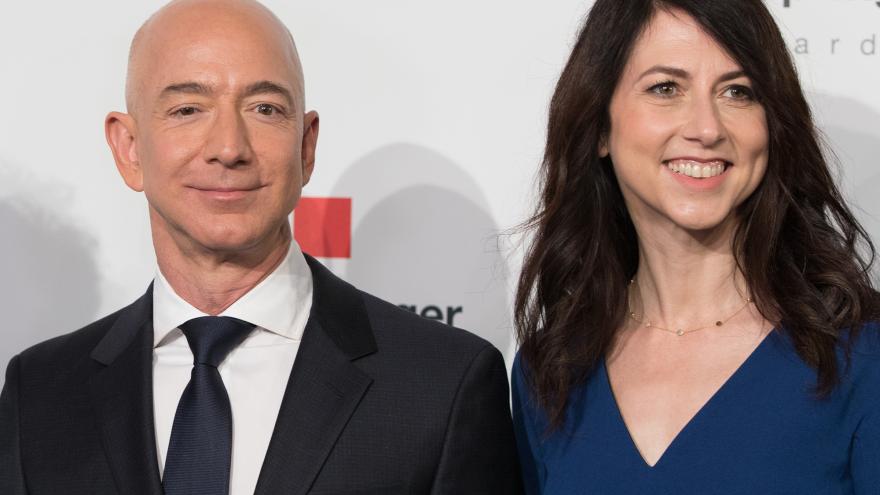 (CNN) -- MacKenzie Scott — philanthropist, author and ex-wife of Amazon CEO Jeff Bezos — is now the wealthiest woman in the world.

Scott's net worth is now $68 billion, propelling her past L'Oréal heiress Francoise Bettencourt Meyers, according to Bloomberg's Billionaire index.

Scott received a quarter of Bezos' Amazon shares in the couple's divorce settlement in 2019. That equated to a 4% stake that was worth more than $35 billion at the time.

She is now the 12th wealthiest person in the world.

In July, Scott announced that she had already donated nearly $1.7 billion to 116 organizations that included four historically Black colleges and universities. She described the organizations as focusing on one of nine "areas of need" ranging from racial equity to climate change.

Last year, Scott also signed onto the Giving Pledge initiative, founded by Warren Buffett and Bill and Melinda Gates. The initiative encourages the world's richest people to dedicate a majority of their wealth to charitable causes.

Bezos, the world's richest man, hasn't signed the pledge, according to a list of signatories.

Amazon's stock jumped roughly 28% over the last three months, and is up more than 90% so far this year, according to data from Refinitiv. The soar in shares increased the wealth of Bezos to over $200 billion.

Scott's bump up in wealth follows a surge in tech stock gains, which has led to other billionaire ranking shake ups at the top.