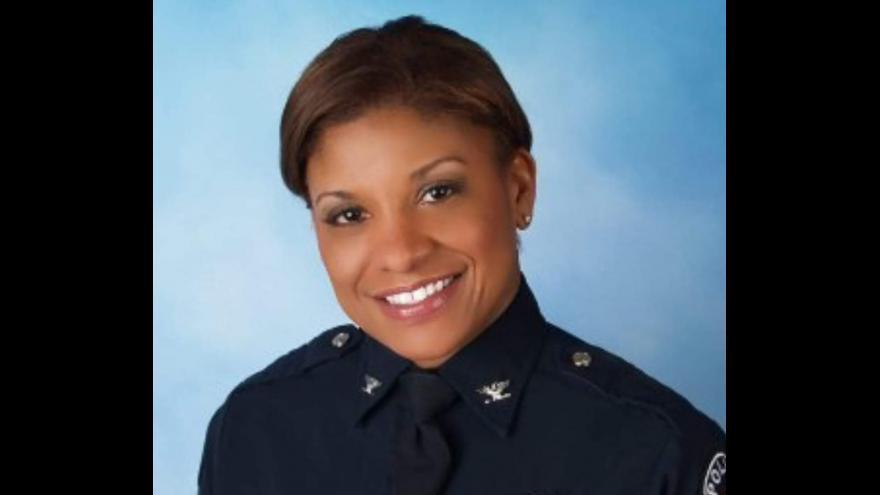 Yvette Gentry will lead the department until a permanent chief is found in the next six months.

Gentry will replace Robert Schroeder, who is retiring, Mayor Greg Fischer announced Monday. She previously was chief of community building in the city government, and before that, she was a police officer for more than 20 years.

"Yvette brings the kind of unique experience and strong community relationships need to lead LMPD until a permanent chief is in place, and she is passionate about working to help her city reimagine public safety and address systemic racism," Fischer said.

In a tearful address to reporters, Gentry said she is dedicated to working toward a better police department but hopes the community can work together to that goal.

"I appreciate the opportunity. This was not easy for us, Greg Fischer, was it?" Gentry said. "This is going to signal some change. A new day is coming."

Gentry will be the first Black woman to serve as a police chief in Louisville, according to CNN affiliate WDRB.

Gentry will hold the position of interim chief for no more than six months, said Chief of Public Safety Amy Hess. City officials think they will be able to find a replacement by the end of the year, Fischer said. He also clarified that Gentry hasn't applied for the permanent role.

Schroeder, who held the interim position since June, is retiring to focus on his family and finish his doctorate.

He followed former Chief Steve Conrad, who was fired after officials discovered two police officers involved in fatal shooting of a man during a protest over George Floyd's death had not activated their body cameras.

The protests in Louisville have centered on the death of Breonna Taylor, an emergency medical technician who was shot multiple times when three LMPD officers entered her apartment by force in March to serve a search warrant in a drugs investigation.