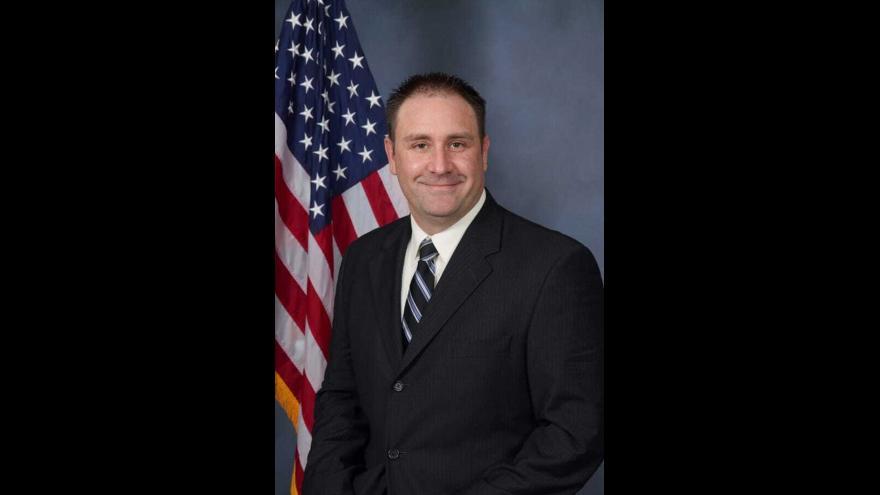 One of the Louisville detectives, Myles Cosgrove who fatally shot Breonna Taylor during a botched raid is appealing his termination.

(CNN) -- One of the Louisville detectives who fatally shot Breonna Taylor during a botched raid is appealing his termination this week.

The Louisville Metro Police Department terminated Detective Myles Cosgrove in January for use of deadly force for firing 16 rounds into Taylor's home and failing to activate his body camera, according to a copy of his termination letter.

Kenneth Walker II, Taylor's boyfriend, said he thought the officers were intruders and fired one shot when they broke down the door, prompting officers to return fire, riddling the apartment with bullets, according to his attorney.

An LMPD Board Notice of Hearing states part of Cosgrove's hearings took place in November. The second half of his hearing is set to begin Monday and end Wednesday.

It was discovered in September 2020 that Cosgrove was raising money on the "Christian crowdfunding site" GiveSendGo to fund his retirement.

"Myles' reputation has been completely dismantled and the psychological trauma is something that he will have to cope with for the rest of his life," the fundraiser description reads. As of Sunday, the campaign had raised $75,000.

Detective Joshua Jaynes, who wrote the search warrant for the raid, was also fired at the same time as Cosgrove.

The Louisville police union at the time called the firings "unjustified."

"There is certainly no evidence in this case that policies and procedures of the LMPD were violated to the extent that warranted termination," the River City Fraternal Order of Police said in a statement. "Interim Chief (Yvette) Gentry not only made the wrong decision, but also sent an ominous message to every sworn officer of the Louisville Metro Police Department."

Taylor, a 26-year-old emergency room technician, was shot and killed by Louisville police officers in her apartment during a flawed forced-entry raid in the early hours of March 13, 2020. Her death, along with that of other Black people at the hands of law enforcement, sparked a summer of protests calling for police reform.

No officer who took part in the raid was charged for Taylor's killing. Only one of the three officers -- Brett Hankison -- was charged in connection with the shooting. The LMPD fired Hankison in June 2020, and In September 2020, a grand jury charged Hankison with three counts of felony wanton endangerment for blindly firing 10 shots into Taylor's home. He pleaded not guilty.

Hankison is expected to stand trial in 2022. Wanton endangerment is a Class D felony, Kentucky's lowest class of felony. If convicted on all three charges, Hankison faces between three and 15 years in prison.