The first African American contestant to win National Spelling Bee is now aiming for Harvard, the NBA and NASA 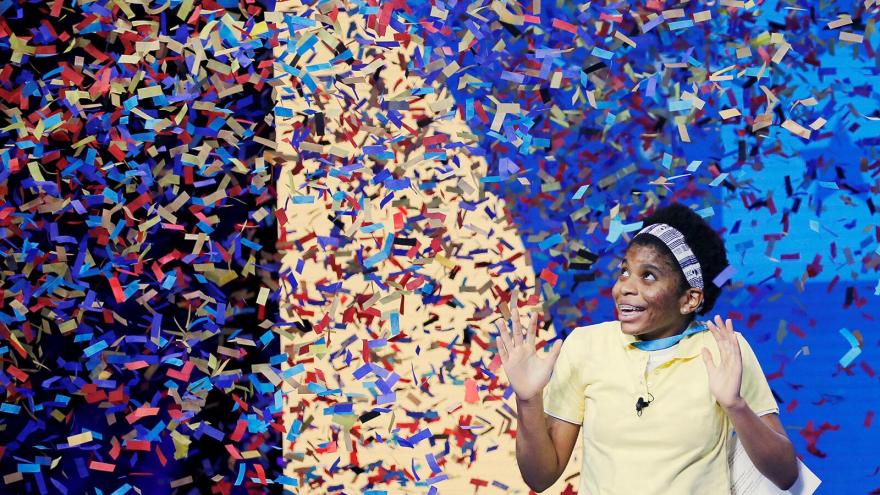 (CNN) -- Zaila Avant-garde wasn't focused on her place in history on Thursday when she became the first African American to win the Scripps National Spelling Bee in 93 editions of the competition.

Instead, she was thinking about Bill Murray.

The 14-year-old from New Orleans, Louisiana, won the 2021 crown after correctly spelling murraya -- a type of tree -- that she associated with the famous comedian.

When she realized she won, Zaila gave a little spin and jumped in the air as confetti rained from the sky.

"It felt really good to win because I have been working on it for like two years. So to actually win the whole thing was like a dream come true," she told CNN's "New Day" on Friday. "I felt like in the moment I snapped out of a surreal dream."

To get there, the teen had to navigate her way through words like querimonious, solidungulate, and Nepeta, which she said was the hardest word she had to spell in the competition.

The only Black winner before her was Jody-Anne Maxwell, representing Jamaica in 1998.

The National Spelling Bee competition began with 209 spellers, ranging in age from 9 to 15, from five countries: the US, the Bahamas, Canada, Ghana and Japan. And 11 contestants entered Thursday night's final.

First lady Jill Biden was on hand to cheer on the competitors at ESPN Wide World of Sports Complex at Walt Disney World Resort in Florida.

The event was canceled last year due to the pandemic -- for the first time since World War II.

Thursday night's win is just one on a long list of achievements for the champion. In addition to her spelling bee crown, Zaila was the Guinness World Records title holder for most bounce juggles in one minute.

Zaila said she hopes to one day play basketball at Harvard before a career at NASA or as a coach in the NBA.

She said may also pursue a career in neuroscience or gene editing.

Zaila has gained a following of more than 14,000 people on Instagram by sharing her journey toward the national spelling bee as well as videos of her playing basketball, impressing her followers with her hoop skills.

She said she has a variety of interests and was on the lookout for some new challenges to tackle.