Louisiana police officer's boyfriend killed her as she prepared for work, chief says 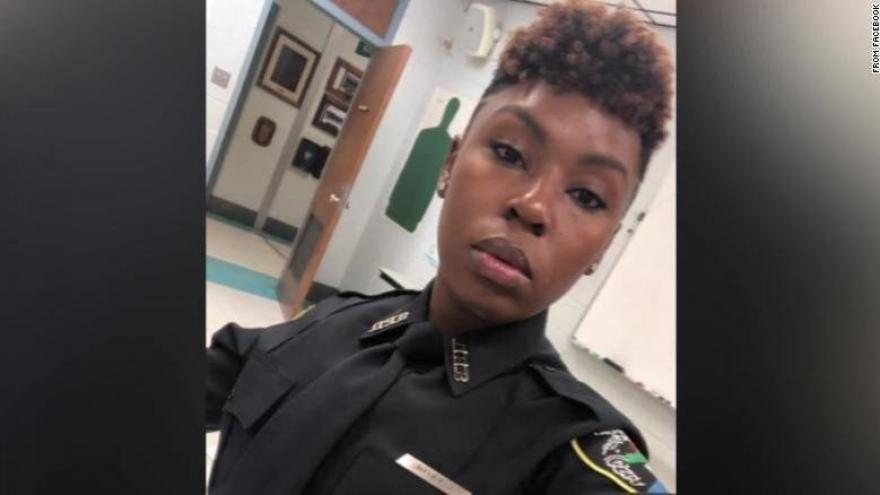 Police have arrested three men in the death of Shreveport, Louisiana, police Officer Chatéri Payne, according to a Shreveport police spokesman.

(CNN) -- Three men have been arrested in connection with the shooting death of a rookie northwestern Louisiana police officer, including a man who was the officer's boyfriend and father of her child, authorities say.

Treveon Anderson, 26, was arrested Tuesday in the January 9 death of his live-in girlfriend, Shreveport police Officer Chatéri Payne, who was shot dead in the driveway of their home while she was in uniform and preparing to leave for work, police said.

Anderson lied to investigators last week about having chased away an unknown assailant and discovering his girlfriend wounded, police Chief Ben Raymond said.

"We believe Anderson shot and killed her, and concocted the false narrative of her being murdered by an unknown suspect," Raymond told reporters at a news conference.

The police chief has not revealed an alleged motive in the killing. He has called Pierre and Frierson "accomplices," but has not elaborated on what they're accused of doing.

The suspects made an initial court appearance Thursday and their bonds were set at $500,000.

Caddo Parish District Attorney James E. Stewart Sr. said in a statement the case at some point will go to a grand jury. "Based on the statements of Chief of Police Ben Raymond and others at Shreveport Police, this case may not meet the legal requirements for first-degree murder, which requires certain aggravating circumstances. However, until we receive and review the file that determination would be premature at this time."

Two of the suspects were assigned lawyers while the third will receive one at an April 30 hearing.

The police reports reveal a little more about the allegations.

Anderson called 911 on the night of January 9 to report that Payne had been shot, Raymond said.

Officers who went to the home found Payne wounded and wearing her police uniform. She had graduated from a police academy two months ago and was headed to work that night.

Payne was taken to a hospital, where she died about two hours after the call, Raymond said.

The couple's 2-year-old child was at the home when Payne was shot. Raymond said he doesn't think the child witnessed the shooting.

Police took Anderson to a detective's office that night and questioned him, but had released him by the next morning after hearing his account.

"He advised he was inside of the residence when he heard gunshots, and then went outside and shot at a person wearing all black clothing, whom he believed to be the suspect," Raymond said Wednesday. "He (claimed he) then noticed that Officer Payne had been shot."

But police reports detailing probable cause for the arrests say Pierre told investigators in a videotaped interview "that he witnessed Treveon Anderson shoot Payne multiple times, resulting in her death."

• "Admitted to being present during the murder and admitted his participation." The documents do not elaborate on how Pierre allegedly participated.

• "Led investigators to the location where he hid the weapon used in the murder."

• Claimed that Frierson accompanied "him (Pierre) to the murder" and left with him afterward.

The documents say nothing else about what Frierson is accused of doing. They also do not say what led investigators to question Pierre.

When a reporter asked Raymond whether all three men were present when the shooting happened, the chief said: "I don't think that would be an accurate statement."

"Certainly Anderson was present. I don't think it's accurate at this point to say all three were present during the shooting," the chief said.

Investigators have confiscated a handgun they believe was the weapon used to kill Payne, Raymond said. The chief declined to say where it was found, other than it was at "a residence."