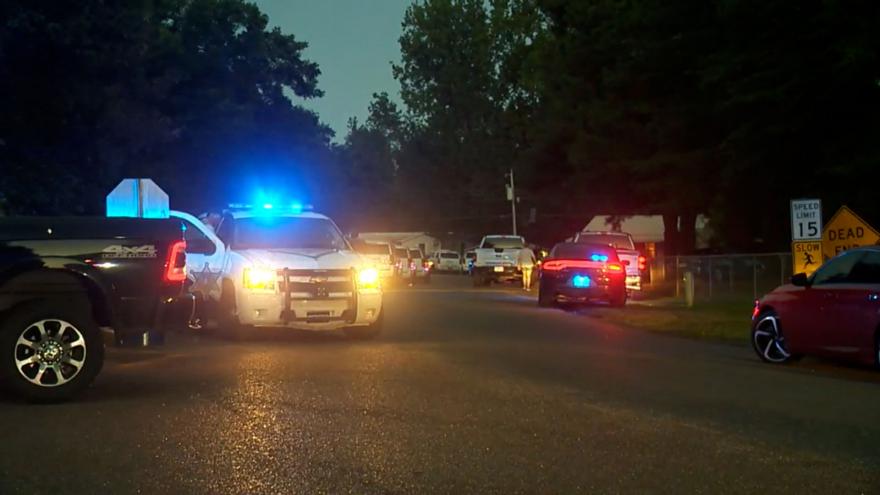 (CNN) -- A police officer was shot and killed -- and the suspected shooter was seriously injured -- Friday as officers responded to a call about a disturbance in a small northwestern Louisiana community, authorities said.

Collins was one of three law enforcement officers who responded to the disturbance call in a Doyline neighborhood, Louisiana State Police Trooper Jonathon Odom said.

Someone fired on the officers when they arrived, hitting Collins, Odom said.

The shooter suffered life-threatening injuries and was taken to a hospital, Odom said, without saying how that person was injured.

Neither that person's name nor details about the disturbance call were released.

Besides serving as a Doyline police officer, Collins also was a Webster Parish sheriff's deputy, working as a supervisor at a correctional center in the parish, Parker said.

"We lost a good man," Parker said. "A family lost a good husband, a good father, a good Webster Parish deputy, a good ... patrol officer for the city of Doyline that loved and served his citizens well."

Louisiana State Police are investigating the shooting at the request of the sheriff's office.