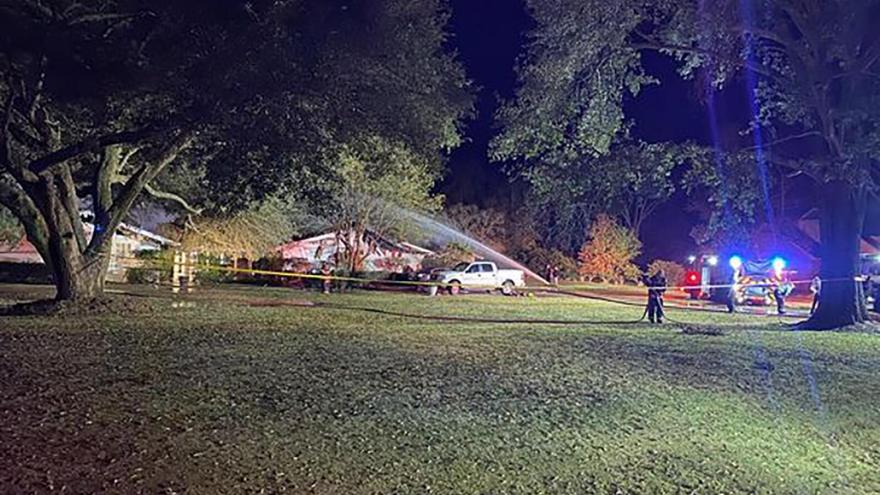 Gwendolyn Theus died while attempting to push her patient from a bedroom window to escape a house fire, authorities said.

(CNN) -- A home nurse in Louisiana is being hailed a hero for saving her paraplegic patient from a house fire that ultimately killed her, authorities said Wednesday.

The Delhi Fire Department responded to a call of people trapped in a house fire Monday just before 6 p.m., the Louisiana Office of State Fire Marshal said in a statement. The nurse, 64-year-old Gwendolyn Theus, and the homeowner, a 71-year-old paraplegic woman, were pulled from a bedroom.

Authorities administered CPR, but only the homeowner was revived, the statement said.

"Ms. Theus' valiant efforts to put her patient's life before her own are both admirable and heartbreaking," said State Fire Marshal H. "Butch" Browning, "Our prayers are with her loved ones and with the surviving victim for her recovery and loss of her dedicated nurse and friend."

A surviving occupant of the house told investigators Theus went to the homeowner's bedroom to alert her to the flames, the statement said. She tried multiple times to wheel the woman's bed out of the room, but was unsuccessful, authorities learned.

Instead, Theus pulled the woman from the bed and attempted to push her out the window to escape the fire, the statement said. Before she could, Theus succumbed to the smoke.

The homeowner was revived and flown to a burn unit in Mississippi, and the other occupant of the house is expected to make a full recovery, authorities said.