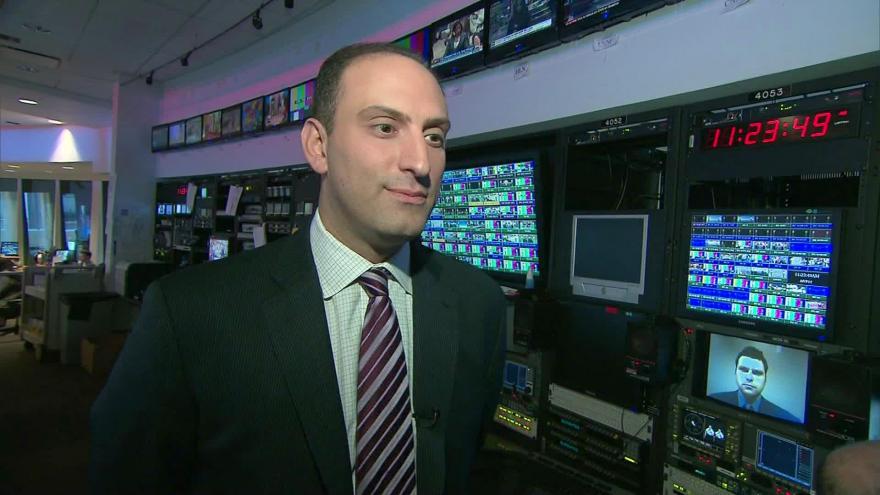 The attorney, Jason "Jay" Kurland and three of his associates have been charged with defrauding lottery winners out of $107 million, funds they believed were being invested on their behalf. (File photo)

(CNN) -- A New York man who calls himself the "Lottery Lawyer" and three of his associates have been charged with defrauding lottery winners out of $107 million, funds they believed were being invested on their behalf.

The attorney, Jason "Jay" Kurland, 46, urged lottery winners on his now removed website to call him before even calling the Lottery Commission, saying, "I can help secure your wealth for generations." Prosecutors allege Kurland encouraged his clients to invest in entities controlled by his co-defendants, Christopher Chierchio, Francis Smookler and Frangesco Russo.

Prosecutors claim Kurland received kickbacks in return and that the four men then allegedly used the money from lottery winners' investments to keep their scheme going and "enrich themselves," according to the indictment.

The indictment that was unsealed Tuesday charges Kurland, Chierchio, Smookler and Russo with 21 counts, including wire fraud and money laundering, and details how they allegedly funneled millions from three different lottery winners.

Smookler and Russo are also accused of threatening to torture, shoot and kill a man's wife and children for not paying back a loan on time, as part of the extortionate extension and collection of credit charges. All four defendants pleaded not guilty Tuesday.

"The defendants callously thought they could line their pockets with lottery winnings without consequence, but today their luck ran out," said Seth D. DuCharme, Acting United States Attorney for the Eastern District of New York.

Prosecutors say the four took part in the scheme between April 2019 and August 2020, and that investigators intercepted calls where the men were allegedly heard discussing their scheme and attempting to cover their tracks, according to court filings.

Kurland has been a practicing attorney for 20 years and was a partner in the law firm Rivkin Radler, according to court filings, which also state that Kurland's clients from across the nation have won $3 billion combined.

Prosecutors allege Kurland touted himself as someone who lottery winners could trust to help safeguard their winnings and give sound investment advice. Some lottery winners paid millions of dollars to retain his services, according to court filings. Prosecutors also allege Kurland directed his associates to return money to cover their tracks when the FBI began interviewing people associated with the case.

Tim Kasulis, an attorney for Kurland, said in a statement that his client looks forward to having his day in court.

"Over his twenty year unblemished legal career, Jason Kurland has always had his clients' best interests at heart and continues to do so today," Kasulis said.

Laurie Bloom, a spokeswoman for Rivkin Radler, told CNN the firm has terminated its relationship with Kurland.

"We were taken by complete surprise by the allegations against Mr. Kurland. The firm has no role in nor knowledge of the criminal activities described," Bloom said in a statement to CNN. "We were contacted today by the US Attorney's office and are cooperating in their investigation."

Kurland allegedly used money from the scheme for luxury vehicles, including a $113,000 Porsche. Kurland is free on a $1 million bond.

Russo and Smookler were accused of investing some of the lottery winners' money in a jewelry business, whose owner prosecutors say lost much of the money and was later extorted. Prosecutors allege Russo and Smookler threatened the business owner for not paying back the loan on time. Smookler allegedly told him in March in an intercepted conversation "You're gonna get f**king tortured," according to court filings. Russo allegedly told the man, "they're going to make you watch as they rip your son's teeth out of his mouth ... they're going to do worse things to your wife."

Prosecutors said in a hearing Wednesday that investigators recovered a weapon at Smookler's home this week. Smookler was released on a $2.5 million bond. CNN has reached out to Smookler's attorney for comment.

A magistrate judge initially approved a $2 million bond for Russo, but at an appeal hearing Wednesday, US District Judge Nicholas Garaufis overturned that decision and ordered him to remain detained, citing Russo's violent threats and the fact that investigators found a tactical shotgun under his bed.

"I've handled organized crime cases for 20 years, I've never come across threats like these," Garaufis said during the teleconference hearing.

Defense attorney Joseph Conway said at the hearing that Russo's threats "were nothing more than trying to get their money back."

"These threats were colorful, they were boisterous, but they were nothing more than puffery," Conway said.

Conway said in a statement to CNN he was disappointed that Russo is being detained and will "expeditiously seek to prove his innocence at trial."

The fourth defendant, Chierchio, is someone prosecutors claim is a soldier in the Genovese crime family of La Cosa Nostra, an allegation his attorney Gerald McMahon refutes, saying that Chierchio has never been associated with the mafia "in any fashion."

But prosecutors allege that Chierchio took millions of dollars from two lottery winners and spent it freely living a lavish life that included being driven around by a chauffeur in a Cadillac Escalade, yacht club fees and living in a luxury $11,000-a-month apartment in Manhattan. Chierchio is free on a $3 million bond.

McMahon, in a statement to CNN, said that Chierchio invested funds as part of a group that was selling face shields and masks this spring, as shortages of personal protective equipment grew due to coronavirus concerns. McMahon said Chierchio's group worked with a state that agreed to buy $800 million in PPE but backed out of the deal, leaving the group with $40 million in PPE sitting in a warehouse. McMahon said the group's attorneys have sent a letter to the state demanding a resolution to the dispute.