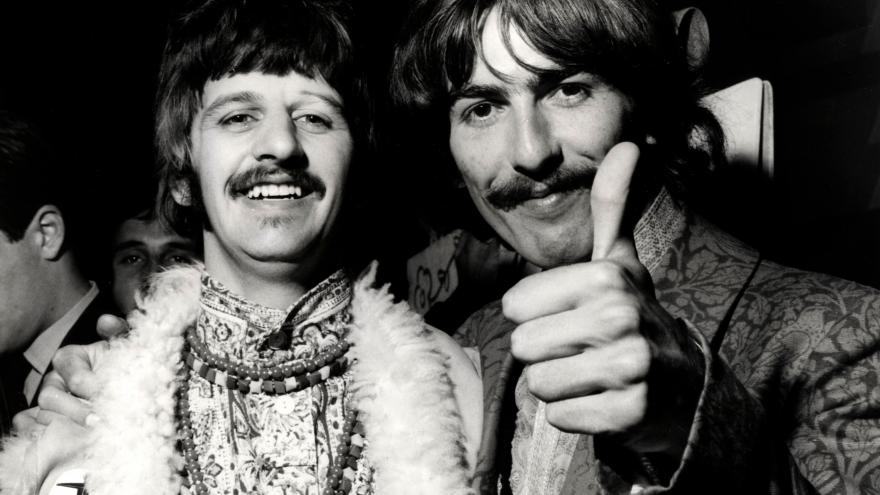 (CNN) -- A lost and previously unheard song featuring Beatles duo George Harrison and Ringo Starr has been played for the first time.

"Radhe Shaam," written and produced by journalist Suresh Joshi, was recorded in 1968, but the master tape had been in Joshi's loft since then, he told BBC Radio Merseyside host Tony Snell on Wednesday.

"It was lost and found many times," he said. "We didn't have the chance to release it."

Then, during Britain's coronavirus lockdown, he found it again, and decided the time was ripe to let other people hear it.

The tape itself had to be restored as it had been damaged during its time in storage, said Joshi, who also recounted the story of the day the track was recorded.

Joshi was recording at Trident Studios in London, where Harrison and Starr happened to be recording the Beatles song "Hey Jude."

Harrison came in to speak to Joshi and the pair offered to play on the track, Joshi said.

"We started talking about philosophy in general," said Joshi, who said Harrison also alluded to growing tensions among the Beatles.

"He said he was the 'underdog,'" said Joshi. "He said he had lost his confidence."

The Beatles were global superstars in 1968, but by April 1970 the group had split up.

"Radhe Shaam" will now be released, with all proceeds going to charity.

"Leave it to humanity, that's what George wanted to do," said Joshi. "I hope the fans will love it."