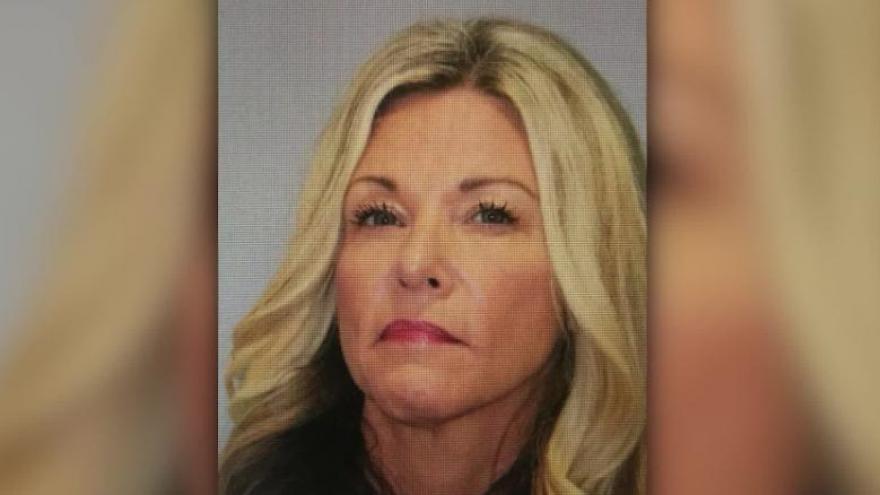 (CNN) -- The mother of two children missing in Idaho repeatedly lied to police and asked others to lie as detectives began investigating the disappearances, according to newly released court documents.

Lori Vallow, 46, was arrested in Hawaii on Thursday, months after her two children, Tylee Ryan, 17, and Joshua "J.J." Vallow, 7, were last seen. She's facing multiple charges, including two felony counts of desertion and nonsupport of children, according to a criminal complaint filed with an Idaho court.

CNN has previously reached out to Vallow's attorney, Sean Bartholick, but has not heard back. Other attempts to reach Bartholick this week were not successful.

She is being held on $5 million bail, records show.

Court documents released by the Madison County Prosecutor's Office in Idaho Friday and obtained by CNN affiliate KTVK detail how Joshua was reported missing in November, the initial efforts of police to find him and how police discovered that his older sister Tylee was also missing.

When detectives in Rexburg, Idaho, asked Vallow about her son's whereabouts in November, she told them her son was staying with a friend in Arizona, a probable cause affidavit states.

After not being able to reach the friend by phone, detectives asked Vallow to call her friend herself. Vallow responded that they were at a movie theater watching "Frozen 2" and it was unlikely that her friend would answer her cell phone, the affidavit said.

When police reached the friend by phone later that day, she told police that Joshua was not with her and had not been there for several months, the document says.

More than a week later, the friend called police saying that both Vallow and her husband, Chad Daybell, had asked her to lie to police about the child's whereabouts but she refused, the affidavit said.

Nobody has seen or heard from Joshua and Tylee, who are referred to as J.V. and T.R. in court documents, since September and there's no indication that Vallow has been caring for them in the past months, the affidavit said.

On Friday, Vallow appeared in a Kauai state court for an extradition hearing, according to Jan Kagehiro, a court spokeswoman. Vallow's attorneys asked the court to lower her bail to $10,000 in the hearing provided to CNN by affiliates.

The judge kept Vallow's bail at $5 million and ordered that if Vallow posted bail, she must surrender any passport she possesses to the Kaua'i Police Department. Daybell, who is not facing charges, was sitting in the courtroom for the duration of the hearing.

Vallow's extradition hearing has been set for Monday, March 2.

Dan Hempey, an attorney representing Vallow in Hawaii, could not be reached on Friday.

Her brother and husband lied to detectives, affidavit says

After Joshua's grandmother told police she hadn't heard from him, detectives went to Vallow's apartment on November 26 and spoke with her brother and Daybell outside the building, according to the affidavit.

Vallow's brother told them the boy was with his grandmother in Louisiana, the affidavit says, but detectives knew she was in Arizona and the child was not with her.

After the brother directed them to an apartment that appeared vacant, Daybell drove away but one of the detectives stopped him, the document states.

When asked about Joshua, Daybell said he had last seen him in Vallow's apartment in October and gave the detective his wife's number, the affidavit says.

Daybell is not facing any charges linked to the missing children, police said. The Madison County Prosecutor declined to comment on whether Daybell would receive any charges in the future.

His attorney is also Sean Bartholick, who could not be reached for comment.

Vallow moved to Idaho from Arizona just a couple of months before police began searching for her children.

Joshua attended the Kennedy Elementary School for several weeks before his mother told the school he would no longer be attending because she was going to home-school him, the affidavit said.

He went to the school for the last time on September 23, police said. The school told police that no other institutions have requested the boy's transcripts.

A babysitter who was hired online and had watched Joshua told police she spoke with Vallow on September 24 and she told her the boy had gone to stay with his grandma and they would no longer need babysitting service, according to the affidavit.

Vallow told a friend that Tylee was attending classes at Brigham Young University-Idaho but she was never enrolled there or at any other school affiliated with BYU, the affidavit said.

Tylee's older brother told police in Arizona that he had not spoken with his sister since August 30, 2019. When he called, Vallow gave him excuses as to why Tylee could not speak with him, the affidavit said.

Vallow, her brother, Alex Cox, and the two children visited the Yellowstone National Park on September 8. A photo of Tylee at the park's entrance is the last record that police have of the girl's whereabouts, according to the affidavit.

Daybell and Vallow married two weeks after the October 19 death of Daybell's previous wife Tammy Daybell. The couple were married in Kauai on November 5, but it's unclear if the children were with them.

The children do not appear in the wedding photos, police said.

When interviewed by investigators, some of Daybell's relatives said they were under the impression that Vallow was an "empty-nester" or had no young children, according to the affidavit.

When police executed a search warrant in November at a storage unit rented by Vallow, they found a backpack with Joshua's initials on it, toys and children's clothing, and other items associated with the child, the affidavit said.

The couple returned to Hawaii in December, but flight records obtained by police suggest the children were not with Vallow, the affidavit said.

They flew from Los Angeles to Kauai on December 1 and have remained there since. They have not been seen with children in Hawaii, police said.

Last month, Kauai police found birth certificates for the two missing children, a bank card for Tylee which has been used since her last known sighting, an iPad belonging to Joshua, and the boy's school registration receipts when they served a warrant on Vallow and Daybell, the affidavit said.

When police searched a condo where they couple had been living, they didn't not find anything that indicates that a young child lives there, the affidavit said.