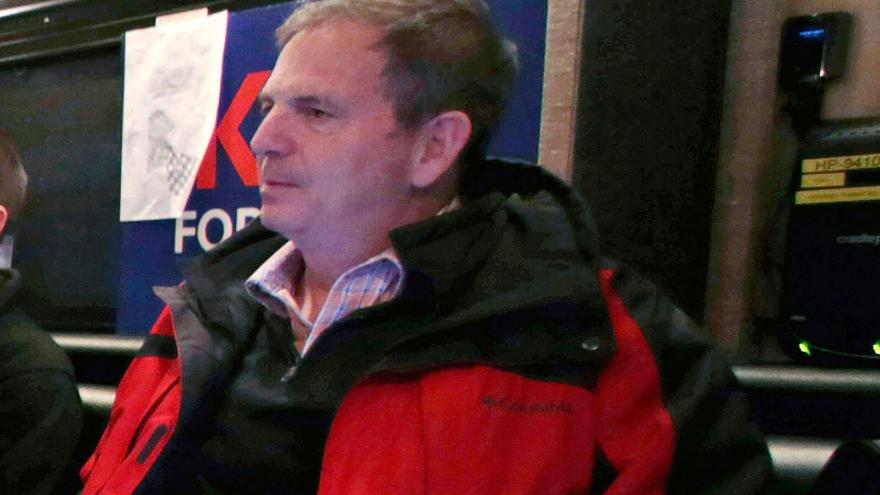 The Lincoln Project will review the tenure of co-founder John Weaver amid allegations that he has a history of sexually harassing young men.

(CNN) -- The Lincoln Project says it is retaining an "outside professional" to review the tenure of co-founder John Weaver amid allegations that he has a history of sexually harassing young men.

The super PAC, which was founded in 2019 by veteran Republican operatives who opposed then-President Donald Trump, is reeling from the fallout of the allegations reported by The New York Times and other outlets -- with co-founders turning against and publicly targeting each other and new scrutiny over how the group has spent the tens of millions of dollars it raised.

"It is heart-breaking to read the accounts of his abuse. It disgusts us. It breaks our hearts," the super PAC said in a statement released Thursday night. "John's conduct has enabled the enemies of American democracy to unfairly and misleadingly attack us and we will not back down."

The group said it needed "outside experts to help us understand, resolve, and rectify this matter."

The Lincoln Project on Friday did not respond to CNN's request for comment on its handling of the Weaver allegations.

Weaver did not respond to CNN's request for comment. He acknowledged sending "inappropriate" messages in a statement to Axios in mid-January, after reports by The American Conservative and Forensic News and allegations on Twitter began to emerge.

When the Times reported in late January that 21 young men received unsolicited and sexually provocative messages online from Weaver, he told the newspaper in a statement: "I am so disheartened and sad that I may have brought discomfort to anyone in what I thought at the time were mutually consensual discussions. In living a deeply closeted life, I allowed my pain to cause pain for others. For that I am truly sorry to these men and everyone and for letting so many people down."

The super PAC's leaders have said they were unaware of Weaver's conduct until recently. Since the Times' report was published, others have detailed similar complaints.

However, the Associated Press reported that Lincoln Project leaders were told last year, in writing and in phone calls, of at least 10 allegations of harassment by Weaver. New York Magazine also reported that the group's leaders had been warned in June 2020 of Weaver's behavior, and that he had helped secure jobs and internships for some men he had harassed.

Six former employees in a letter reported by The New York Times on Thursday called on the Lincoln Project to release them from non-disclosure agreements so that they could talk about Weaver's conduct.

In its Thursday statement, the group said it was directing any former employees who felt they could not talk about Weaver publicly to contact the group to be released from those agreements.

"The Lincoln Project believes the members of our movement and the victims of John Weaver's despicable and deceptive behavior are owed the facts, and you will have them. John Weaver betrayed all of us and you deserve the facts presented independently through a transparent process," the group's statement said.

But even as the Lincoln Project this week attempted to mitigate the controversy over Weaver and those seeking releases from non-disclosure agreements, the group created another one on Twitter.

Hours after releasing its Thursday statement, the Lincoln Project published on its Twitter account -- and then quickly deleted -- a series of messages with screenshots of private messages between Jennifer Horn, a Lincoln Project co-founder who recently resigned in the wake of reports of Weaver's conduct, and Amanda Becker, a reporter for The 19th, a nonprofit news outlet focused on gender, politics and policy. Screenshots of the deleted tweets were quickly published by journalist Yashar Ali and others. The Lincoln Project did not respond to CNN's request for comment on the tweets.

In a message tagging Twitter's support team and co-founder Jack Dorsey, Horn on Friday said, "I did not give consent."

"This looks on its face to be a violation of federal law and should be taken down immediately," said another Lincoln Project co-founder, George Conway, shortly before the tweets were deleted.

Emily Ramshaw, the co-founder and CEO of The 19th, said the Lincoln Project's posts featuring the private messages came after Becker had sent the group a series of questions for a story she was reporting.

"We're not going to be bullied or intimidated out of pursuing critical journalism," Ramshaw said.

Schmidt became the latest co-founder of the group to resign, saying in a statement Friday night that he was quitting its board "to make room for the appointment of a female board member as the first step to reform and professionalize the Lincoln Project."

He also apologized to Horn and Becker for the publication of their private messages, saying that they "never should have been made public" without specifying whether he was personally behind the Twitter posts.

"It is my job as a senior leader to accept responsibility for the tremendous misjudgment to release it," he said.

The tweets came a week after Horn, an anti-Trump Republican and former New Hampshire Republican Party chairwoman, resigned. The Lincoln Project fired back at the time by saying Horn had demanded a $250,000 signing bonus and $40,000-a-month consulting contract, and had been turned down.

The new scrutiny the Lincoln Project faces also has raised questions about how much of the money it raised from anti-Trump Republicans and Democrats in the 2020 election cycle is being spent in pursuit of its goals of defeating Trump and those in the GOP who backed him.

The Lincoln Project has raised more than $90 million from contributors since its founding in November 2019 -- making it one of the best-funded groups among organizations opposing Trump. About $50 million, however, has gone to firms connected to the super PAC's founders, a tally of Federal Election Commission records shows.

The super PAC did not respond to CNN's request for comment about its spending.

Financial reports showed millions going to firms run by Galen and Steslow. But it is difficult to determine through public records how much co-founders were paid.

Schmidt told The Associated Press that the group "will be delighted to open its books for audit immediately after the Trump campaign and all affiliated super PACs do so."

The Lincoln Project attracted a massive audience of anti-Trump followers, but has long been characterized by some on the left and right as a money-making vehicle for the operatives involved.

"Turns out the Lincoln Project (is) all about the Benjamins," tweeted South Carolina Republican Party chairman Drew McKissick on Thursday.