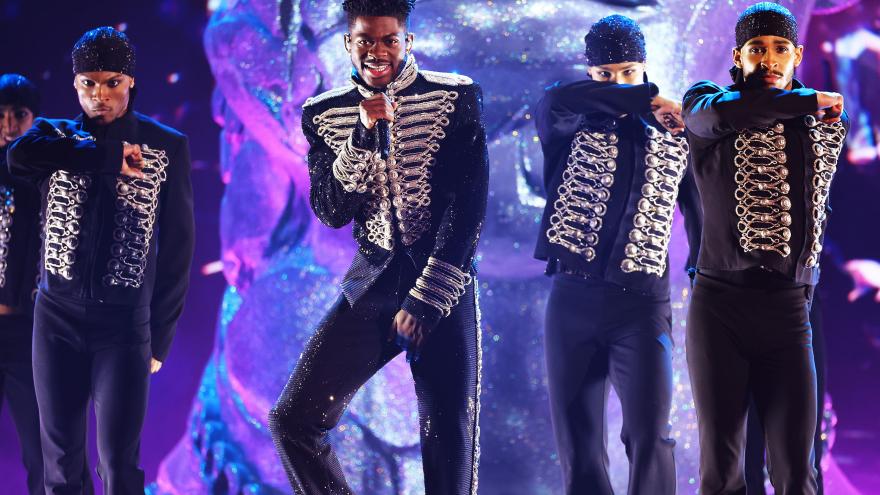 (CNN) -- Lil Nas X is calling out the BET Awards for a lack of inclusivity.

The rapper and recording artist has expressed his disappointment that he was shut out of nominations this year.

Earlier this month, he tweeted: "thank you bet awards. an outstanding zero nominations again. black excellence." He added that he wanted to address "the bigger problem of homophobia in the Black community."

He recently shared a new single called "Late To Da Party," with cover artwork showing a BET Award in a toilet.

Lil Nas described his "painful" history with the network in a recent interview with Rolling Stone.

"My relationship with BET has been painful and strained for quite some time. It didn't start with this year's nominations like most people might think," he told the publication. "They did let me perform on their show last year, but only after [I gave] assurances that I was not a satanist or devil worshiper, and that my performance would be appropriate for their audience."

"At BET, we are passionate advocates for the wonderful diversity that exists within our community," the network said in a statement, according to the report. "We are committed to using all of our platforms to provide visibility and inclusion for all of the many intersections of the Black community."

Rapper Jack Harlow, who performed at Sunday's BET Awards, wore a Lil Nas X t-shirt on the red carpet in an apparent show of support.