Likely debris from a SpaceX capsule found in Australia 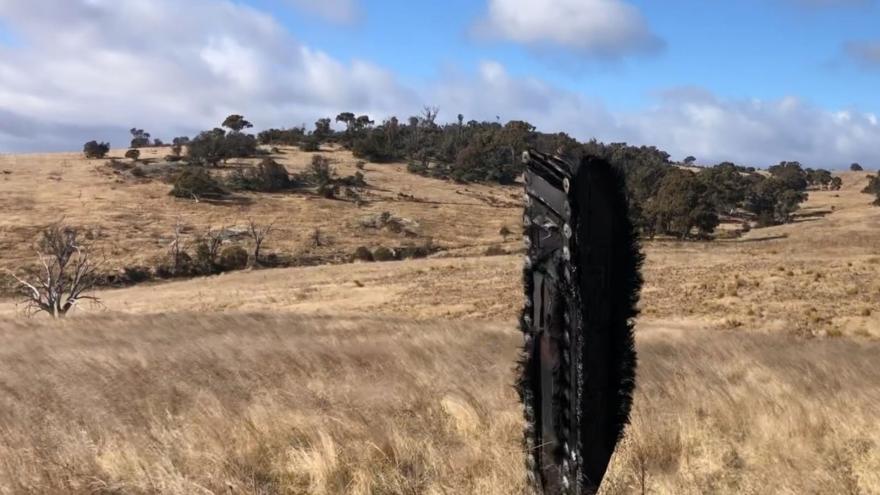 (CNN) -- Chunks of space debris were reportedly found on farmland in the Australia mountains, and on Wednesday NASA confirmed that at least one of the objects is "likely" a scrap of hardware from a SpaceX Dragon capsule that was intentionally jettisoned as the spacecraft reentered the Earth's atmosphere last May.

SpaceX did not return a request for comment, and typically does not interact with news media.

Local media reports said at least three pieces of debris have been recovered in the mountain range near Australia's southernmost tip, and according to NASA's statement, SpaceX confirmed it is likely to be a part of the Dragon's trunk. The trunk provides electricity and other necessary services to the main capsule during its time in orbit but is discarded as the main capsule slices back through the thick upper atmosphere on its way home.

SpaceX operates two types of Dragon spacecraft: one that is designed solely for shuttling food, research and other supplies to the International Space Station, and another, called Crew Dragon, that's designed for carrying astronauts. The scraps of the Dragon trunk found in Australia were likely part of a the spacecraft that carried four astronauts home from the ISS on May 2, 2021, according to NASA.

The Crew-1 astronauts — comprised of NASA's Michael Hopkins, Victor Glover, Shannon Walker, and Soichi Noguchi, an astronaut with Japan's space agency — made a safe return aboard the main portion of the capsule, which splashed down off the coast of Florida before being hauled to safety by nearby recovery ships last year.

Australian media reported that the debris was initially identified by experts with the Australian Space Agency. The agency could not be immediately reached for comment Wednesday.

NASA referred further questions to the Federal Aviation Administration, which licenses and oversees commercial spaceflight operations in the United States. The FAA then referred questions to the US State Department, which could not immediately respond to a request comment.

Members of the public that believe they may have found a piece of space debris can reach out to SpaceX's recovery hotline at 1-866-623-0234 or at recovery@spacex.com.

Typically, discarded pieces of space hardware fall to a watery grave in the ocean. But they do sometimes turn up on land.

Last year, for example, what was believed to be a piece of a SpaceX rocket's second stage — which powers the rocket after the lower first stage expends all its fuel — washed up on a farm in Washington state.

SpaceX does not attempt to recover the second stage of its rockets, though it does land, refurbish and refly most of its first-stage rocket boosters, which are the largest part of the rocket and give the initial boost at liftoff. Dragon capsules ride to orbit sitting atop the rockets.