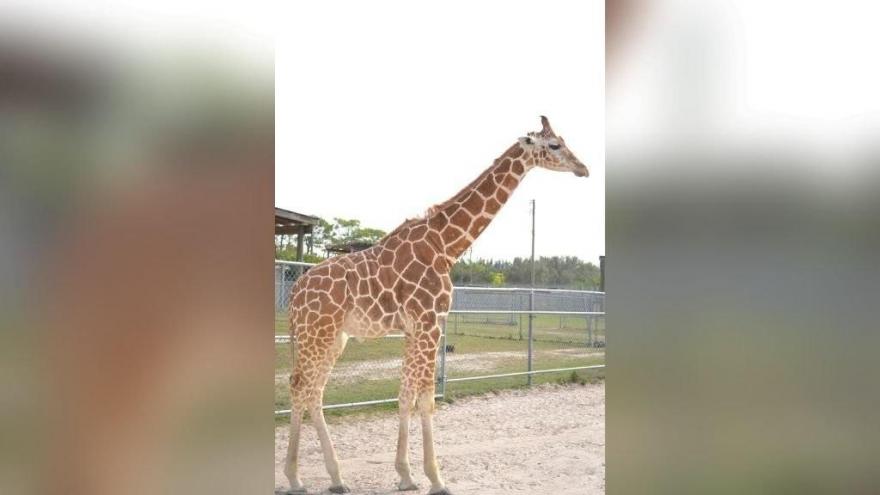 The Lion Country Safari posted on their Facebook page that two giraffes , Lily and Jioni, were killed in a lightning strike.

On May 3, Lily and Jioni, two of 18 giraffes in Lion Country Safari in Loxahatchee, were in their pasture when a sudden thunderstorm rolled through.

The attraction did not share the news earlier out of respect for mourning the animals and because pathology tests needed to be completed, according to its Facebook page.

Spokesperson Haley Passeser told CNN affiliate WPBF that the facility has a lightning detection system. Workers operated standard protocol and opened the animal shelter area when the storm was passing through. But they cannot make the animals seek shelter.

"We do try to provide them a lot of choice," Passeser said. "If they don't choose to seek shelter, there isn't a lot we can do to encourage them to."

Park officials told CNN affiliate WPTV the giraffes were in the middle of their pasture when they were struck by lightning. Passeser told the affiliate the severe weather came in fast and without much warning.

"For them it is more safe and more comfortable for them to be out in the open environment and understand what's going on around them," Passeser said.

Lion Country Safari said it is reviewing its policies and procedures. Representatives are in contact with other experts throughout Florida to create a safer environment.

"It was just very tragic, natural effect, natural accident, and it was very devastating to our staff and we are still mourning from it," said Passeser.

CNN meteorologist Taylor Ward said it's likely for a single strike to have killed both animals as the electric current hit the ground and traveled outward. The odds of the animals being struck separately in the same pasture is very low.