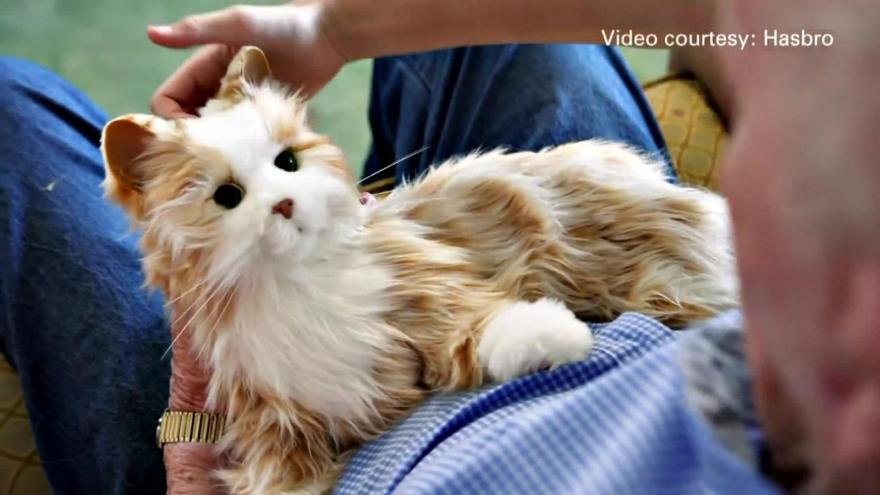 (CNN) -- For some, limiting the spread of coronavirus has meant long periods of isolation. And for older adults -- who are among the most vulnerable to the illness -- that social distancing has come at a particular cost.

The US is now in its eighth month of the fight against coronavirus, with over 5 million cases reported and more than 163,000 deaths. With visits to nursing homes still restricted in several states, some agencies for the elderly are implementing creative ways to fight the loneliness resulting from a lack of social contact.

"Pretty," was the word an Alabama senior used to describe the lifelike robotic companion pet she received from a new pilot project administered by the Alabama Department of Senior Services. It was the first word she had said in a long time, according to department Commissioner Jean Brown.

The Alabama agency, along with several other state agencies managing programs for seniors in New York, Florida and Pennsylvania, have partnered with robotic pet manufacturer Ageless Innovation to combat loneliness and provide comfort and companionship for isolated seniors.

With insight into the growing epidemic of loneliness and need for interactive play amongst older adults, the company developed their line of Joy for All Companion Pets to feel, look and sound like real pets, Ageless Innovation's CEO Ted Fischer told CNN.

"We have technology inside that product that allows you to respond to touch and sound and light in different ways. And what we found is older adults wanted realism," Fischer said. "That's part of the magic of a companion pet."

New York became the first state in the US to test the robotic pets with isolated older adults and results showed that using pets to lower social isolation is highly successful -- with 70% of pilot participants reporting a decrease in isolation after one year, according to a news release from Ageless Innovation.

Brown told CNN that she was impressed by the state of New York's results with the companion pets and became interested in how the pets could improve the lives of isolated seniors in Alabama.

"When I learned that we might be able to help ease the feelings of loneliness for around $100 per recipient I thought that would be a great way to try it out," Brown said.

In fact, the Alabama Department of Senior Services has already seen promising results and local agencies are into their second round of ordering robotic pets, according to Brown.

The commissioner said the department plans to assess the program periodically for the next year to get a clearer picture of whether the pilot pet program has been as successful as she hopes it will be.