Libraries are getting rid of late fees. Here's why that's a good thing 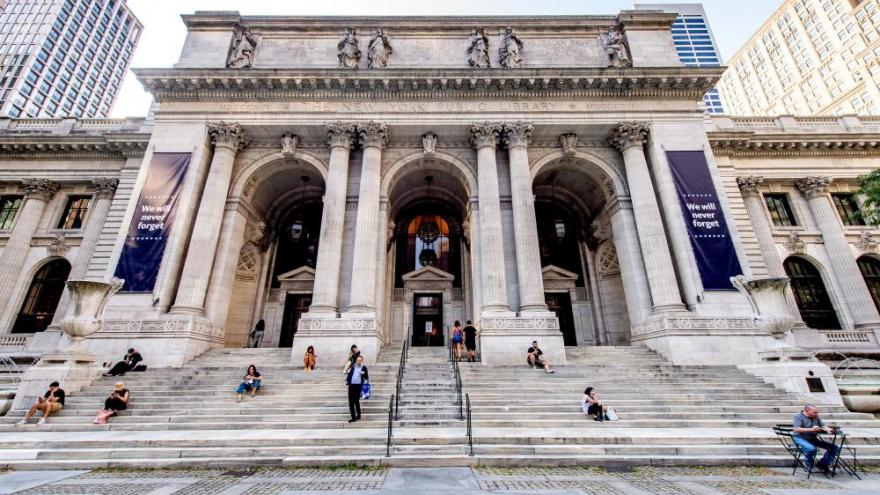 The New York Public Library eliminated all fines and cleared the debt of all of its patrons this week, a move designed to remove barriers to access for low-income patrons.

Sometimes, that's all it takes to block someone's access to books, the internet and the myriad other materials and programs public libraries offer.

This week, the New York Public Library did away with late fees and cleared patrons' debt because of the exclusionary impact of fines and card blocks, which often disproportionately affect low-income families. It's one of the largest library systems in the US to eliminate fees, joining the likes of public libraries in Chicago, San Francisco, Boston and Los Angeles County.

The goal of eliminating the fines, New York Public Library president Tony Marx said, is to remove barriers to the city's libraries, encourage reading among more New Yorkers and move toward "a more equitable society."

Andy Woodworth, a librarian in New Jersey who runs the advocacy website End Library Fines, said that getting rid of library fines and fees is in keeping with the mission of libraries as community pillars that champion equitable access -- they're not meant to be exclusive, punishing places.

"The public library is a community service and a common good, and one that should always seek ways to increase access so that everyone can participate," Woodworth told CNN.

Library access to books, computers and other materials is usually free -- unless you forget to bring something back. Library patrons are typically fined if they hold onto a book or another item they checked out after they're due. Those fines accumulate over time, and if a patron amasses enough, the library cuts them off and blocks their library card (in the case of the New York Public Library, or NYPL, at least $15 in fines would result in a card block).

Marx told CNN that of the 400,000 New Yorkers who would have fallen under the $15 fine card block, more than half of them live in "high-needs communities." The 10 branches with the highest percentage of blocked cards are located in some of the city's poorest neighborhoods, Marx said, and one in five cardholders who live there were blocked and could not check out more materials.

"The Library's mission is to connect all people with knowledge and opportunity," Marx told CNN. "Fines -- which aren't even an effective incentive for book returns -- are an obstacle to that mission, and removing them is the right thing to do."

With branches in Manhattan, the Bronx and Staten Island, the NYPL serves more than 3.4 million New Yorkers. (The Queens Public Library and Brooklyn Public Library also announced this week they'd eliminate fines.) Under the new rules, no library patrons will have to pay a late fee if they return something late. If they lose something -- materials are considered lost after a month -- they'll be expected to pay a replacement fee unless they return it. Accruing replacement fees may result in a blocked card, but even those whose cards are blocked will still be able to access library computers and digital materials, according to the NYPL.

Initial responses to the fee drop have been promising: Tuesday, the same day the NYPL announced it would drop all fines, saw the second-highest number of online library card sign-ups this year, Marx said.

There's little evidence that fines incentivize library patrons to return materials -- research on the efficacy of fines linked to book returns hasn't been conducted since 1983, according to a study from Syracuse University's iSchool Public Libraries Initiative. Fines have been used to support and maintain libraries, but they're not always reliable, especially if they're never paid.

The major cities that have eliminated fines so far have named equitable access as their chief reason for the move. In 2020, when the Seattle Public Library dropped fines, chief librarian Marcellus Turner said such fees were a "roadblock to the people who stand to benefit the most from free Library resources, such as teens and low-income families."

And nearly every library that has done away with fines claimed that residents in low-income areas disproportionately made up patrons whose cards had been blocked. Before the Chicago Public Library erased fees, one in three residents who lived in the library's South District owed more than $10 in fines and were blocked from checking out resources.

For one, more books were returned after fees were dropped: Library patrons returned around 1,650 every month for the five months following the announcement, compared to around 900 returns a month before fines were eliminated, Molloy said in a statement to CNN. And when the pandemic forced branches to close in March 2020, checkouts moved online -- something that would have been impossible for many if their cards had still been blocked.

"Perhaps most importantly, going fine free brought Chicagoans back to their libraries and gave them access to an invaluable resource," Molloy said.

Eliminating library fees can have a marked impact on literacy in young children, Woodworth said. With storytime and other interactive, educational programs for children and their parents, libraries promote a love of reading outside of an academic setting -- but fear of fines often keeps low-income families from checking out these programs or getting a library card in the first place, according to a research paper published by the Colorado program SPELL, or Supporting Parents in Early Literacy through Libraries.

Before it dropped all fees, one in five blocked cards belonged to children under 14, according to the Chicago Public Library. Now, even some libraries that haven't gotten rid of all fees often don't charge late fees for books or other materials for children.

To continue supporting young library lovers, Marx said the NYPL will bring the library to them, partnering with local groups to prove to communities that the library is a safe and welcoming locale for learning.

Marx said he's aware of families who'd visit the library often but leave without checking anything out due to fines. Now, he said, he hopes those children won't feel hesitant to take a book home with them next time.

"Families were already being supported by the library -- they just couldn't take full advantage," he said. "I fully expect that to change."