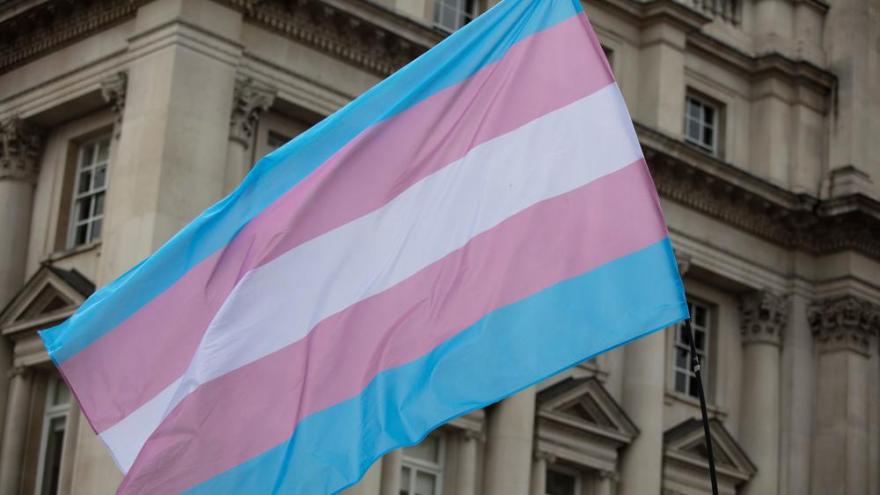 A transgender flag being waved at LGBT gay pride march. A coalition of LGBTQ groups filed a lawsuit on Monday challenging the Trump administration's recent rollback of an Obama-era regulation prohibiting discrimination in health care against patients who are transgender.

(CNN) -- A coalition of LGBTQ groups filed a lawsuit on Monday challenging the Trump administration's recent rollback of an Obama-era regulation prohibiting discrimination in health care against patients who are transgender.

The challenge, which was brought by a number of LGBTQ health care providers and advocacy groups, comes a little over a week after the Department of Health and Human Services announced it was erasing some provisions of a 2016 rule that interpreted the Affordable Care Act's ban on sex discrimination to include discrimination on the basis of gender identity, saying it would enforce the ban "according to the plain meaning of the word 'sex' as male or female and as determined by biology."

The new rule is set to go into effect in mid-August.

The groups said in the lawsuit that the department's move is "part of the Trump Administration's concerted and aggressive effort to undermine protections for LGBTQ people, including Section 1557's nondiscrimination protections and the regulatory structure and administrative processes the 2016 Final Rule established."

Bamby Salcedo, the president and CEO of the TransLatin@ Coalition, one of the groups represented in the lawsuit, said in a statement that the new rule will negatively impact health care access for "those of us who are transgender, non-English speakers, immigrants, people of color and people living with disabilities, and will have an even more serious impact on those of us who hold intersectional identities."

The rule was announced earlier in June, which is Pride Month, an annual celebration of the LGBTQ community, and on the four-year anniversary of the deadly Pulse nightclub shooting, in which 49 people were killed at a popular LGBTQ venue in Orlando.

HHS had said that in light of the change, it plans to continue "vigorously" enforcing civil rights laws prohibiting discrimination in health care based on its interpretation of Section 1557 of the Affordable Care Act.