Lego rolls out Colosseum, a model of the Roman amphitheater with over 9,000 pieces 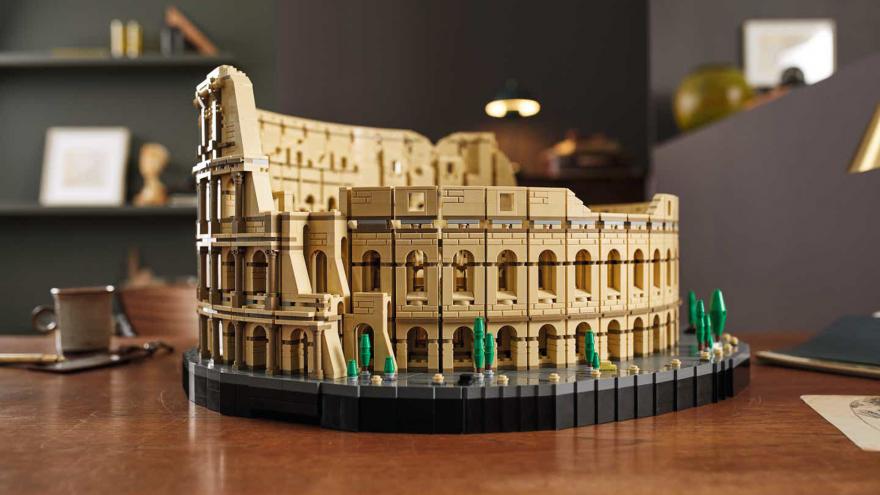 (CNN) -- Lego has officially rolled out Colosseum -- the largest Lego brick set in history and a detailed reproduction of Rome's famous oval amphitheatre.

Bad news: it's already out of stock.

The model, which Lego released on Black Friday, consists of 9,036 pieces and when completed, it is 10.5 inches high, 20.5 inches wide and 23.5 inches deep. The largest Lego set before now was the Millennium Falcon, a Lego spokeswoman confirmed to CNN.

The model depicts the Doric, Ionic and Corinthian columns on the Colosseum's outer facade, as well as the structure's iconic arches and the attic's Corinthian pilasters. The interior includes the "vast mysterious structure that runs underneath the entire arena," Lego says.

The set is recommended for ages 18 and over, according to Lego's website.

The actual Colosseum is an amphitheater in the center of Rome that opened in A.D. 80. It could hold tens of thousands of spectators for gladiatorial fights and performances of all kinds.

The Colosseum remains one of the most popular tourist attractions in Rome, with several million people visiting each year.