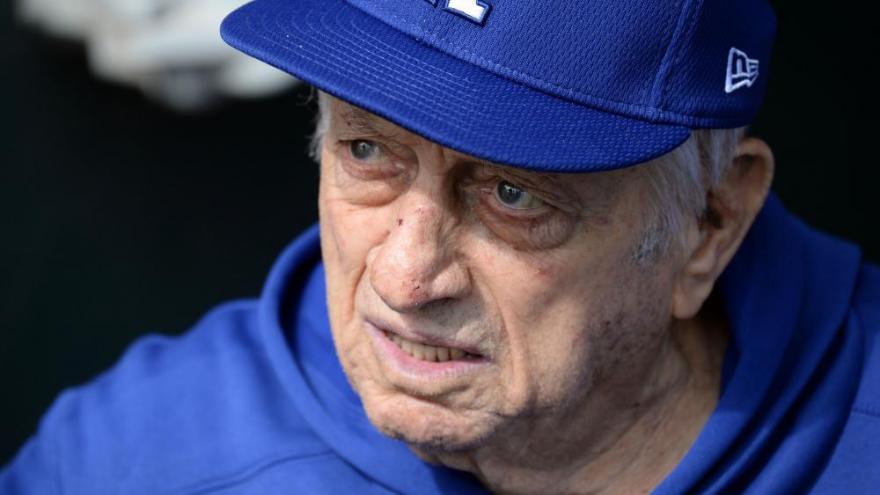 Former manager Tommy Lasorda, the face of the Dodgers, has been hospitalized in California.

The Dodgers said that the 93-year-old Hall of Famer is in intensive care and is resting comfortably in a hospital in Orange County.

Less than a month ago, Lasorda was in the stands as the Dodgers won the World Series against the Tampa Bay Rays in Arlington, Texas.

Lasorda managed the world champions from 1976 to 1996 and was inducted into the baseball Hall of Fame in 1997.

As manager, he steered the Dodgers to two World Series titles and won 1,599 games during his career.

He was the first National League manager to win two pennants in the first two seasons.