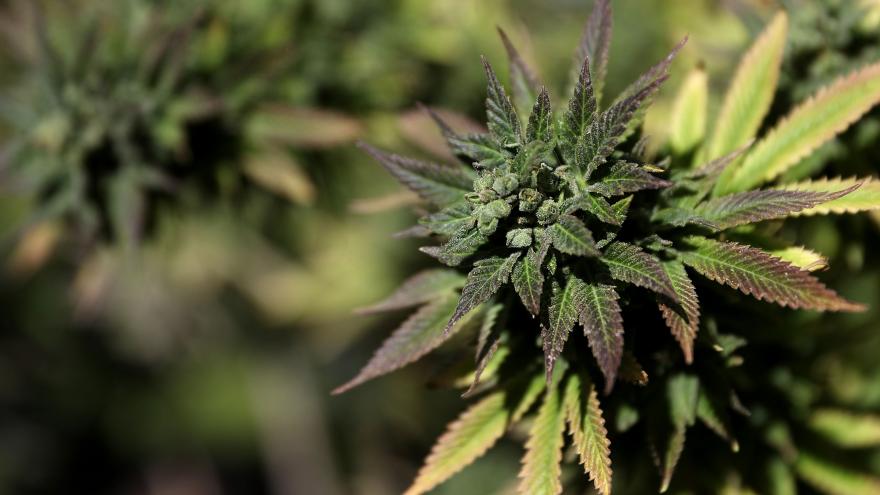 (CNN) -- Plenty of uncertainty remains with the 2020 election, but one thing is clear: Recreational cannabis had a big night at the ballot box.

Voters in Arizona, Montana, New Jersey and South Dakota cleared cannabis for adult use, bringing the total number of states that have approved it for that purpose to 15.

"They passed overwhelmingly; they were not close races," said John Hudak, a cannabis policy expert and deputy director at the Brookings Institution. "This is a resounding win for cannabis."

Most industry estimates peg Arizona and New Jersey as billion-dollar markets in a few years, and companies like Curaleaf Holdings and Scotts Miracle-Gro have been making chess moves well in advance of Tuesday's election to ensure they capitalize.

Curaleaf, which operates cannabis businesses in 23 states, has been investing heavily to increase production and its retail footprint in both states, said Joe Bayern, the company's president.

Scotts, known for its plant and garden business, has in recent years invested heavily in acquiring companies within the hydroponics sector, a soil-less gardening process popular among cannabis growers of all sizes. Scotts contributed $800,000 to the effort to legalize recreational cannabis in New Jersey, according to state election finance records.

"With New Jersey, we're not just looking at in the context of New Jersey but that whole Northeast corridor," Jim King, executive vice president of corporate affairs for Scotts, told CNN Business in an interview.

Industry members and analysts say New Jersey likely will trigger a domino effect of legalization measures within the Northeast, notably in New York and Pennsylvania.

And if those dominoes fall, that's good for Illinois-based Cresco Labs, which has cannabis cultivation, production and retail operations in Massachusetts and medical marijuana-legal states such as New York and Pennsylvania, Cresco CEO Charlie Bachtell said.

Cresco has taken the operational approach to anchor its businesses -- cultivation centers, production facilities and its Sunnyside dispensaries -- in areas that boast "good regulations that are supported by big populations."

"We kind of have New Jersey surrounded," Bachtell said.

Bethany Gomez, managing director for the Brightfield Group, a market research and analytics company that specializes in the cannabis industry, projects that the US recreational and medical cannabis industry will post $19 billion in sales this year, grow to $24 billion by 2021 and -- with the additions of this week and likely newcomers such as New York -- notch $45 billion in sales by 2025.

Still, the industry faces roadblocks at the federal level.

A Senate led by Republican Mitch McConnell will mean cannabis legislative measures will remain dead in the water, especially under a Biden administration.

"Mitch McConnell is a one-man 'no' machine," Hudak said. "This is just something [he] doesn't like. He doesn't see the political benefits."

That's bad for the industry, which members say there is an urgency to address key regulatory gaps for businesses that operate within state-legal systems but conduct trade in a federally illicit product. Cannabis enterprises say they can't easily bank or obtain traditional financing as they're subject to a 1980s tax law drafted to punish drug dealers; they have difficulty insuring their businesses; and they don't qualify for federal disaster aid.

"That's a big, stinking issue when 1 million acres of the Emerald Triangle just burned down," said Tiffany Devitt, chief of government and consumer affairs for CannaCraft, which is headquartered in California's Sonoma County and makes about 200 cannabis products across brands such as Care By Design, Hi-Fi Hops and AbsoluteXtracts. She was referring to a major cannabis producing region in Northern California that has been hit hard by the recent wildfires in the state.

There is a reason for optimism, though, Devitt said, noting potential parallels to the end of alcohol prohibition and a desire during the Great Depression to spur economic growth.

"You could see a similar trajectory playing out with cannabis, whereby our economic issues that we're facing as a country is waking people up to the fact that the cannabis industry can in fact be a benefit to the community as a whole from a jobs standpoint," she said.